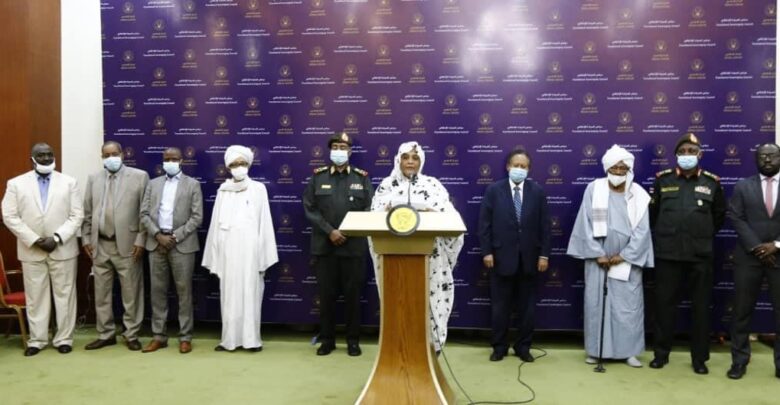 The nominees of the armed groups to the Sovereign Council will be appointed on Thursday while the new cabinet will be formed next week, said the spokeswoman for partners’ council on Wednesday.

Last week, the transitional period partners agreed to form the new cabinet which will include the representatives of the armed groups on Thursday 4 February.

But Mariam al-Mahdi, the Council’s Spokeswoman told reporters on Wednesday evening that “The Sovereign Council will appoint on Thursday the members nominated by the armed groups signatory of the Juba Peace Agreement.”

In line with the Juba peace agreement, the armed groups shall be represented in the Sovereign Council by three members. Therefore the collegial presidency will be composed of 14 members instead of the current 11.

The spokeswoman further said that the nominees for 25 of 26 ministerial portfolios have been chosen but remains the list of nominees for one ministry to be picked by tracks of eastern, northern and central Sudan.

The three tracks failed to agree on the nominees for the Ministery of Education, the Sudan Tribune has been told.

According to al-Mahdi, the prime minister has received all the nominees and he will pick his ministers from the submitted lists, adding they expect that the new government will be announced “early next week”.

Concerning the two ministers of the defence and interior, the military component decided to appoint Kamal Abdel-Moneim as new interior minister replacing Altraifi Idris while Yassin Ibrahim will remain in his position as the defence minister.