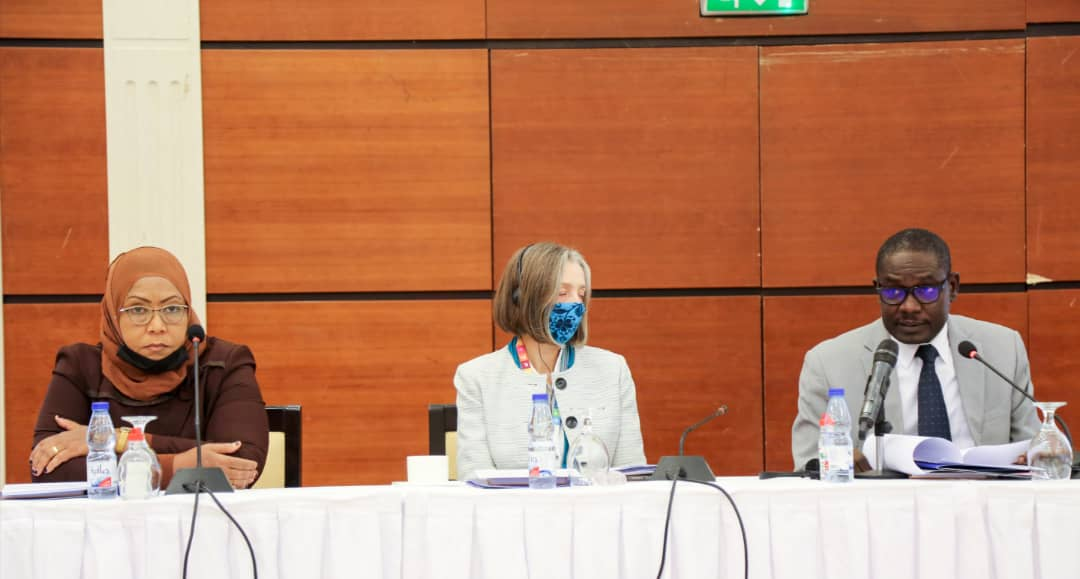 Sudan affirms commitment to all protocols on combating illegal immigration

Member of the Transitional Sovereignty Council (TSC) Mohamed Hassan Al-Taishi has affirmed commitment of the Government of Sudan to all the signed protocols related to curbing the phenomenon of illegal immigration and human trafficking and facilitating return of the displaced persons and refugees to their countries, especially women and children.

The TSC Member was addressing a workshop, which was organized today by the International Organization for Migration (IOM) in collaboration with the Secretariat of the Sudanese Working Abroad (SSWA) at Corinthia Hotel in Khartoum, on evaluation of the The EU-IOM Joint Initiative.

Al-Taishi pointed out that the government of Sudan is fully aware of the need to address the root causes that led to the growth of the phenomenon of illegal immigration and crime of human trafficking, indicating that the government had placed the files of war and peace and ending the armed conflict as a top priority to enable the Sudanese to address the future and alleviating poverty and move towards sustainable development.

He also referred to the signing of Juba Agreement on Sudan Peace in October 2020, which paves the way for the voluntary return of Sudanese refugees in neighboring countries and other countries of the world, adding that an agreement has been reached on a federal and democratic system of government that enables the Sudanese to manage their affairs and gives them the right to make decisions related to development, services and the maintenance of security.

He said that the transitional government is working to implement a package of economic and development programs that would support opportunities for youth stability and enable them to own work and production tools.

He affirmed Sudan’s commitment to cooperate with all international organizations to combat human trafficking and illegal immigration, calling on the IOM, the European Union, and international and regional partners for more cooperation with the countries of the African continent to help reduce the phenomenon of illegal immigration and human trafficking.

For her part, IOM Chief of Mission in Sudan Ms. Catherine Northing said that the joint initiative project on migration issues, which is supervised by the organization in cooperation with the European Union, has achieved tangible results, as it was able to cover 26 countries in North, East and West Africa, adding that thanks to this initiative, nearly 300,000 refugees have returned to their countries.

Meanwhile, the representative of the Secretariat of Sudanese Working Abroad, Ms. Amal Karrar, praised the efforts made by the European initiative project, which contributed to stability of the returnees and their adaptation to life in their countries of origin.