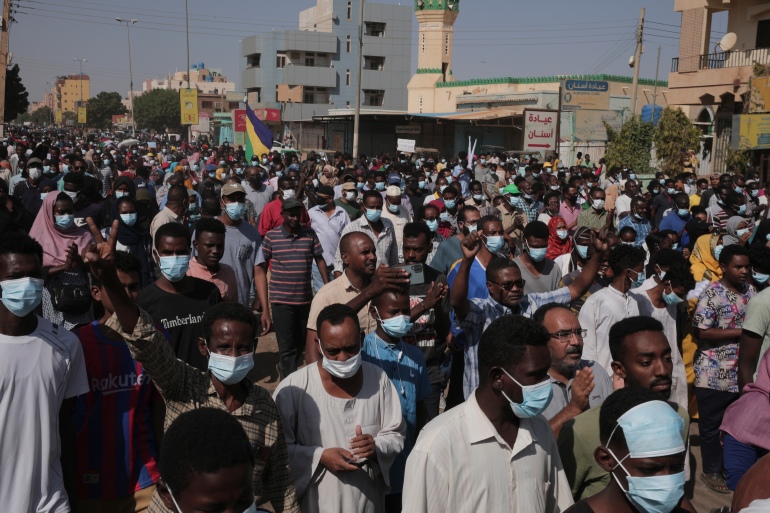 The death toll in Sudan from anti-coup protests since last month’s military takeover has risen to at least 40, medics said, after a teenager shot in the head days earlier died.

The military takeover upended a two-year transition to civilian rule, drew wide international condemnation and punitive measures, and provoked people to take to the streets.

Protests on Wednesday led to the deadliest day so far, with the toll of those killed after those protests now standing at 16, according to medics.

“One martyr passed away … after he succumbed to severe wounds after being hit by live rounds to the head and the leg on November 17,” the independent Central Committee of Sudanese Doctors said on Saturday. He was aged 16, it added.

Most of those killed on Wednesday were in North Khartoum, which lies across the Nile River from the capital, medics said. Hundreds have also been wounded during the crackdown, according to the committee.

Police officials deny using any live ammunition and insist they have used “minimum force” to disperse the protests. They have recorded only one death, among demonstrators in North Khartoum.