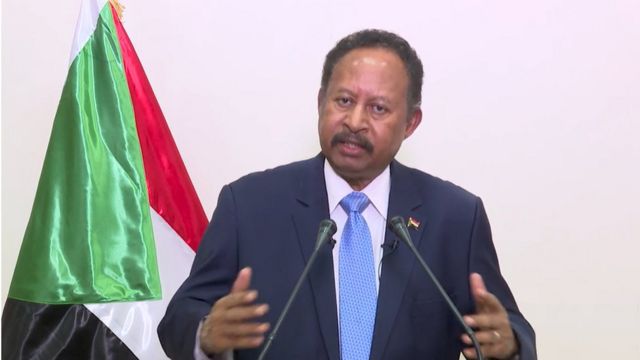 Abdalla Hamdok, Sudan’s civilian prime minister who was deposed in an October military coup then restored to power more than a month ago, has stepped down.

His move on Sunday came as mass protests denouncing both the military’s power grab and its subsequent deal with Hamdok have gripped Sudan for weeks. Hours before his televised address, security forces killed three protesters, according to medics, pushing the number of people killed since the coup to 57.

The November deal that reinstated Hamdok had called for an independent technocratic cabinet under military oversight. But the agreement was rejected by the pro-democracy movement, which insists power be handed over to a fully civilian government.

Announcing his resignation, Hamdok said Sudan needed to engage in a new dialogue to agree on a “national charter” and “draw a roadmap” to complete the transition to civilian rule.

He also warned the political deadlock could become an existential crisis.

“I tried as much as I possibly could to prevent our country from sliding into a disaster. Now, our nation is going through a dangerous turning point that could threaten its survival unless it is urgently rectified,” he said.