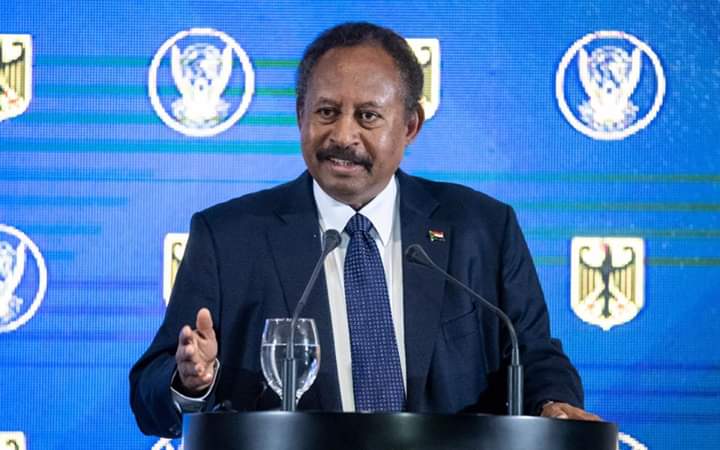 Abdalla Hamdouk, the Sudanese Prime Minister, revealed the true reason behind the delay in removing the name of Sudan from the list of state sponsors of terrorism.
In an interview with Al-Sharq Al-Awsat newspaper, Friday, Hamdouk stressed that there is a great development in the dialogue with the US side on the file of removing the name of Sudan from the list of countries that sponsor terrorism, and that they have reached great understandings about it, and a small part remains.
Hamdouk explained that this part relates to compensation in the bombings of the American embassies in Nairobi and Dar El Salaam, and that “until this issue we have made great strides in it, and we expect to reach the endings in the near future.” He added: “We will discuss this matter with the Americans and siblings in the region, and we hope that We come to understandings, in a file that we have been working on since we came to power.

“We look forward to a major breakthrough soon. ” said Hamdouk
He pointed out that Sudan has made great progress in the file of terrorism, expecting that this file will be at the end of it, expecting that the name of Sudan will be removed from the list of terrorism quickly and very urgently