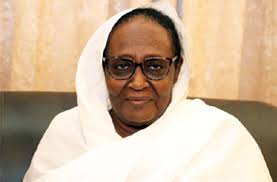 Sudanese Foreign Minister, Asma’a Mohammed Abdallah affirmed that 90% of the Grand Ethiopian Renaissance Dam (GERD) disputed points are agreed on, adding that a satisfactory agreement will be reached over the remaining points.
She added in a TV interview, Saturday, that Sudan is a genuine partner and not a mediator between Egypt and Ethiopia, adding that its stance on GERD was explained during the negotiations.
She pointed out that the principles of Sudan are the just utilization of waters and rejection to any harm to others, besides exchanging of information an peaceful solution to the disputes according to the international law.
She disclosed that Egypt demanded the UNSC to intervene, while Ethiopia affirmed its openness towards negotiations.
She added that Prime Minister, Dr. Abdallah Hamdok launched an initiative with the Ethiopians and Egyptians and that the initiative was welcomed by both sides, adding that the technical committees will start its work.
The Foreign Minister said “We don’t wish to reach the stage of Ethiopia’s first filling without agreement”, pointing out to the benefits of GERD which include the regularity of water flow and Sudan preserving its share of the unutilized waters.