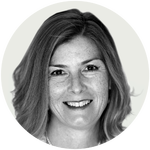 U.S PREPARES TO TAKE SUDAN OFF LIST OF STATES THAT SUPPORT TERRORISM

New York Times
By : Lara Jakes
Coming before the election, the move would give President Trump another chance to broker diplomacy on Israel’s behalf. But it could be at the cost of compensation for terrorism victims.
WASHINGTON — The Trump administration is preparing to remove Sudan from a list of states that sponsor terrorism, seeking another foreign policy victory before the election but putting at risk the compensation for victims of terrorist attacks that American courts have concluded were carried out with Khartoum’s support.
Sudan has been on the terrorism list since 1993 and, as a result, has been restricted from receiving the global assistance that would help stabilize its new government and foment democracy. Its delisting is widely expected in the next few weeks, according to four people with direct knowledge of the plan by the State Department.
That would also clear the way for Sudan to normalize diplomatic relations with Israel in an accord similar to those the Trump administration helped the Jewish state cement this month with the United Arab Emirates and Bahrain and that President Trump celebrated at the White House last week with a promise that other nations would soon join them.
A full diplomatic accord between Israel and Sudan would be difficult, if not impossible, while Sudan remains on the American terrorism list.