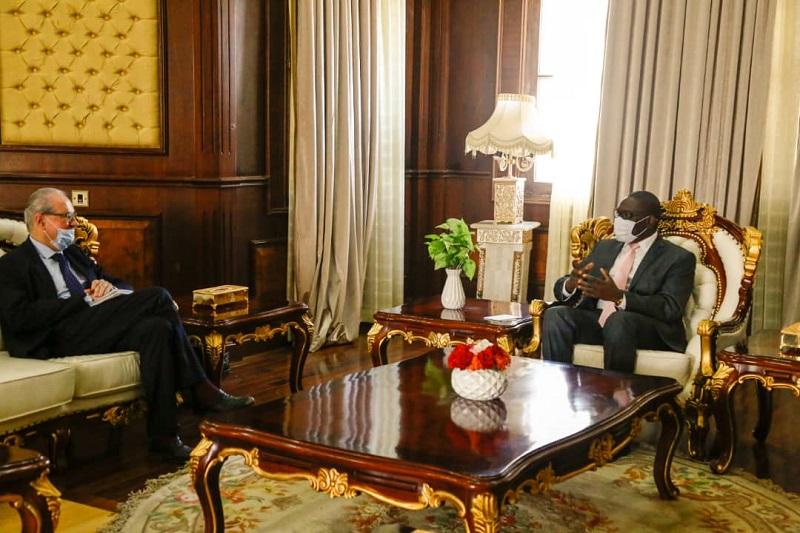 Member of the Transitional Sovereignty Council (TSC) Mohamed Hassan Al-Taishi has affirmed that Sudan is committed to its strategic relations, good neighborliness and safeguarding the security of the region.

The TSC Member said when he received at his office in the Republican Palace today the special envoy of France to Sudan, Jean-Michel, that what happens in east Sudan is an ordinary deployment of the Armed Forces inside the Sudanese territories.

Al-Taishi briefed the French envoy on progress of implementation of Juba agreement on peace in Sudan and the efforts being exerted by the signatory parties to build the implementation mechanisms.

The meeting tackled the arrangements being made by France for holding the second international conference for supporting Sudan, scheduled for next May, especially that the French official’s visit comes to hold consultations with the Sudanese officials to prepare for the conference.

The French envoy, on his part, affirmed concern of his country with the issues of democratic transition in Sudan, especially realization of comprehensive peace and the success of the transitional period.