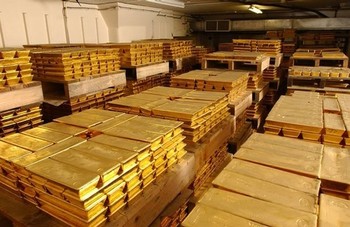 Sudanese yesterday announced the adoption of a new plan to reform its economy based on imposing controls over smuggling gold, the New Khaleej reported.

The plan is based on five pillars, foremost of which is imposing control over gold through the Central Bank which would purchase it for the same prices it is sold in international markets.

Economic expert Mohammad Al-Tayeb said: “The government’s control over gold is a positive measure against smuggling, as well as enhancing the resources of the state.”

Speaking to Al-Hurra TV, he added: “If the government succeeded in controlling trade of gold, citizens would feel the results very quickly and it would benefit the country more than the benefits of oil before the separation of South Sudan.”

“The Central Bank of Sudan had bought crude gold for an established price… and this led to the illegal trade of gold across the country,” Al-Tayeb explained.

Sudan is the third largest gold exporter in Africa after South Africa and Ghana.