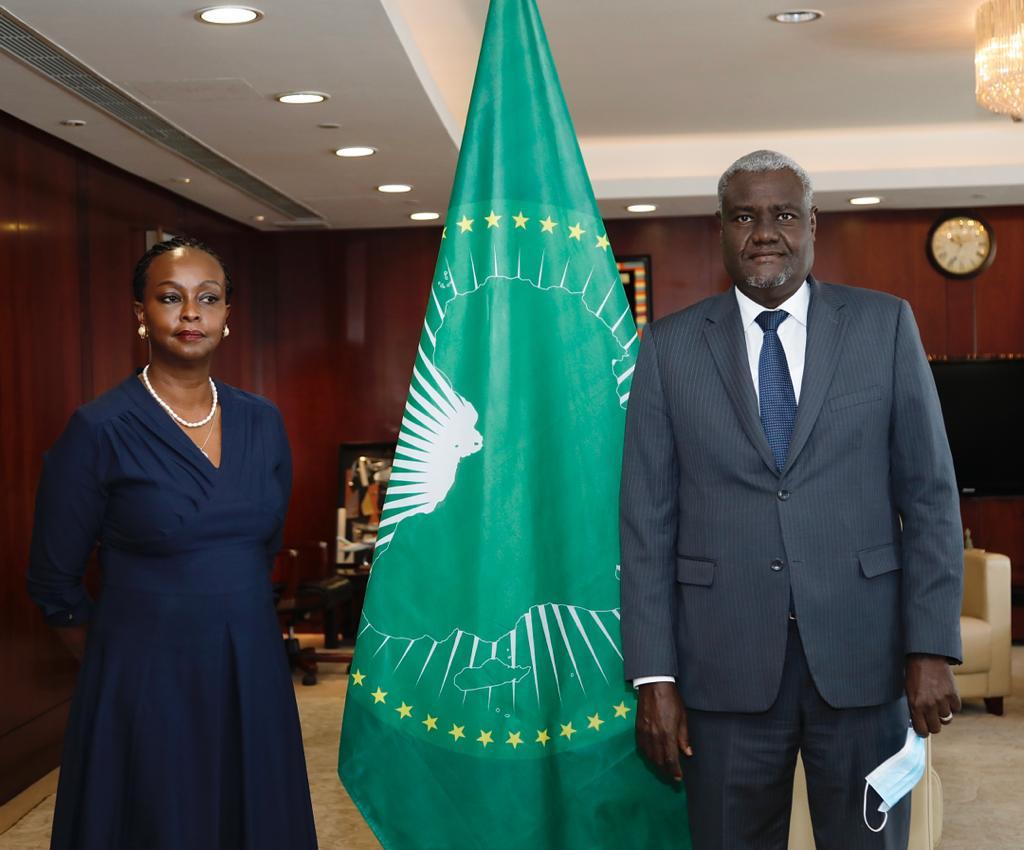 The Peace and Security Council (PSC) of the African Union (AU), under the Chairmanship of the Permanent Representative of the Republic of Kenya, Ambassador Jean Njeri Kamau, concluded  a three-day field mission from 29 March to 1 April 2021. The delegation is comprising representatives of the following PSC Member States, namely: Burundi, Chad, Djibouti, Egypt, Ethiopia, Ghana, Kenya, Malawi, Nigeria and Senegal.

For her part,  Jean Njeri Kamau, whose country chairs the current session of the Council, explained, in a press statement, that the visit of the African Peace and Security Council delegation to Sudan came with the aim of identifying the ongoing political transition process in the country.

“ I would like to commend the government and the people of  the Sudan For the efforts that they have put in place to ensure that this country Move forwards in a very progressive manner and will secure the position of Sudan As one of our leading country in African continent we also noted that the efforts that have been put in place are very very important For the peace and Security Council to see how African problems have been addressed by Africans .” concluded Jean  Kamau

The Field Mission is taking place in line with the Council’s mandate to promote and enhance peace, security and stability in the Continent, in particular, as it relates to the implementation of its various decisions on the situation in Sudan. It is also taking place following the signing of the Juba Peace Agreement on 3 October 2020; the removal of Sudan from the United States of America list of State Sponsors of Terrorism (SST), leading to the lifting of sanctions on the country; and the establishment of a new Cabinet based on the peace agreement, which includes most of the former armed movements; as well as the recent signing of the ‘Declaration of Principles’ that calls for freedom of religion and cultural identity in Sudan.