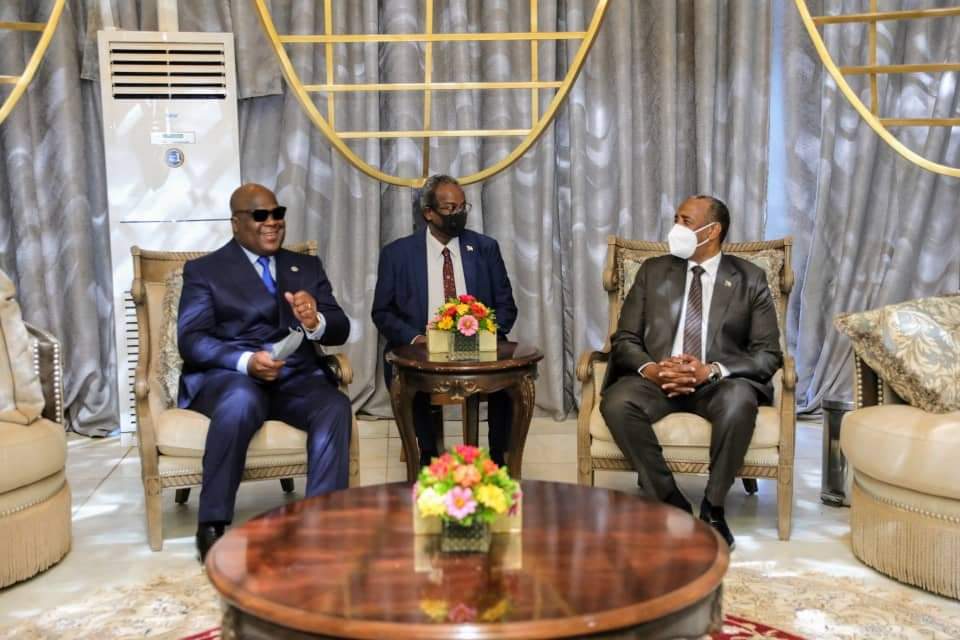 President of the Democratic Republic of the Congo (DRC) Felix Tshisekedi, also the current Chairperson of the African Union, presented a new initiative regarding the dispute over the Grand Ethiopian Renaissance Dam (GERD) on the Nile river.

The initiative was announced by Tshisekedi on Saturday during his talks with Chairman of Sudan’s Sovereign Council Abdel Fattah Al-Burhan in Khartoum, reports Xinhua news agency.

“The initiative is under study by the authorities concerned,” Sudanese Foreign Minister Mariam Al-Sadiq Al-Mahdi said after the talks, without giving further details.

“Sudan stands with Ethiopia’s rights to develop its capabilities, benefit from the waters of the Blue Nile and develop its resources, without prejudice to the rights of others, especially the rights of Sudan and Egypt,” Al-Mahdi noted.

“If the parties want to reap joint benefits from the dam project, there should be a legally binding agreement for all parties,” she added.

Tshisekedi arrived in Khartoum earlier in the day for an official day-long visit.

From April 3- 5, as the rotating chair of the African Union, the DRC hosted the latest round of talks over the GERD with the participation of Sudan, Egypt and Ethiopia.

Sudan proposed a mediation quartet of the UN, the European Union, the US and the African Union.

Ethiopia, however, announced its rejection to this formula.

In February, Ethiopia said it would carry on with the second-phase 13.5-billion-cubic-metre filling of the GERD in June.

The volume of the first-phase filling last year was 4.9 billion cubic metres.

Ethiopia, which started building the GERD in 2011, expects to produce more than 6,000 megawatts of electricity from the dam project.

Both Egypt and Sudan, downstream Nile Basin countries that rely on the river for its freshwater, are concerned that the dam might affect their share of the water resources.