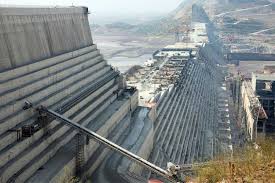 “Sudan will benefit from the GERD in terms of generating electricity and reducing silt and floods, but only on the condition that there is a binding tripartite agreement,” Abbas said at a press conference in the capital Khartoum.

Abbas urged for changing the negotiating method, saying “Sudan is not ready to enter into talks with Ethiopia in the same previous way because it means buying time.”

“An agreement on exchange of information with Ethiopia regarding the GERD must be set, so that Sudan’s Al-Rusaires Dam can be operated safely,” he added.

On July 19, the Ethiopian government announced that it completed the second filling of the GERD and it planned to start electricity production from the dam within months.

Sudan proposed a mediation quartet of the United Nations, the European Union, the United States and the African Union regarding the GERD issue, while Ethiopia rejected this proposal.

Ethiopia, which started building the GERD in 2011, expects to produce more than 6,000 megawatts of electricity from the dam project, while Egypt and Sudan, downstream Nile Basin countries that rely on the river for its freshwater, are concerned that the dam might affect their share of the water resources.