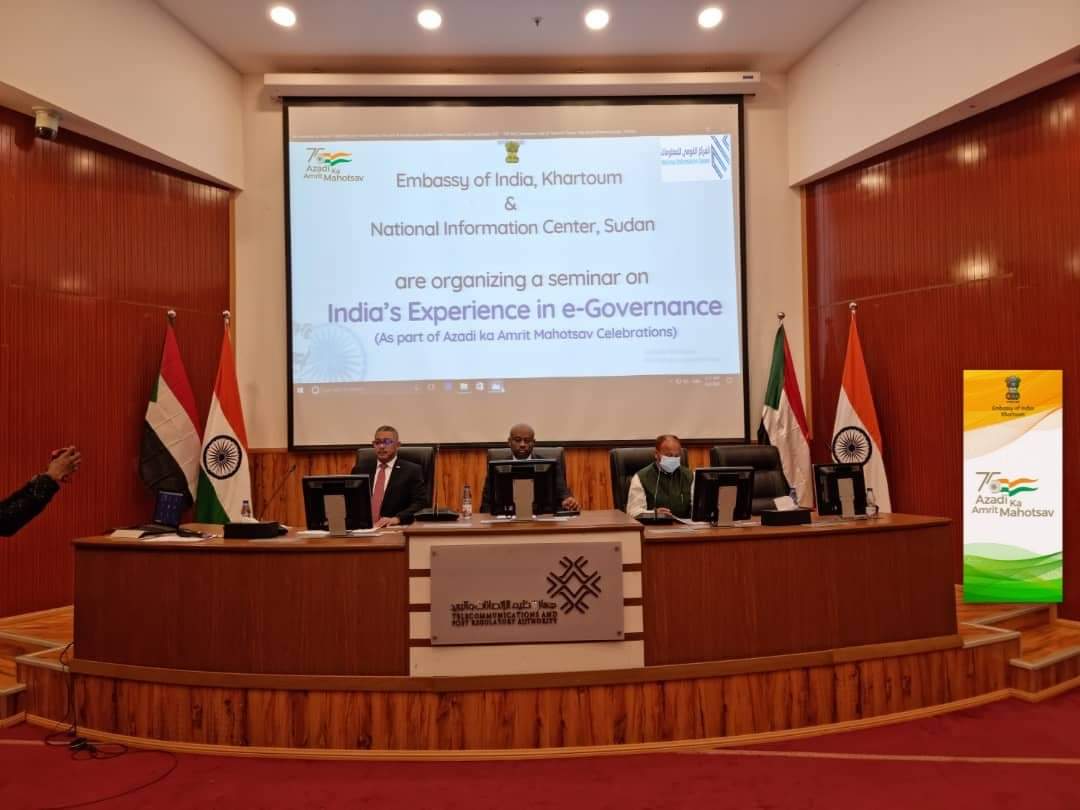 By: Elsayed Abdalla
The Sudan Minister of Telecommunication and digital transformation, Hashem Hassab Al rasoul, said the State tends to digitalize all governmental offices to facilitate the officials’ process for the citizens. Also, he lauded the initiatives of Indian’s government, affirming that his government will do so in this connection beside Indian authorities.

This came at symposium organized by Indian embassy to Sudan, in collaboration with Sudan’s National information Center, have organized, at the premises of Sudan telcomucation and post regulatory authority, a symposium regarding Indian’s experiences in an e-governance, and this come on celebrations of Indian’s 75 anniversary of independence.
On his part the Indian ambassador to Sudan, Ravindra Prasad Jaiswal, has concluded the Conference by praising all presenters and affirm continuity of bilateral cooperation in different fields.
The director general of the National information Center, Amaar Hamdeen, Thanked the Indian embassy to Sudan for this initiatives, as well as Congrats the nation of India on 75th anniversary of independence,. noting that Sudan’s open hand for any bilateral relation that serve the nation of the two courtiers.
As Indian’s Minister of telecommunication and more tow associate experts in telecommunication and digital system, have said through, video Conference, the uses of digital system at all levels of the states which include, health, Education, Security, Civil Records and banking system Foundations.