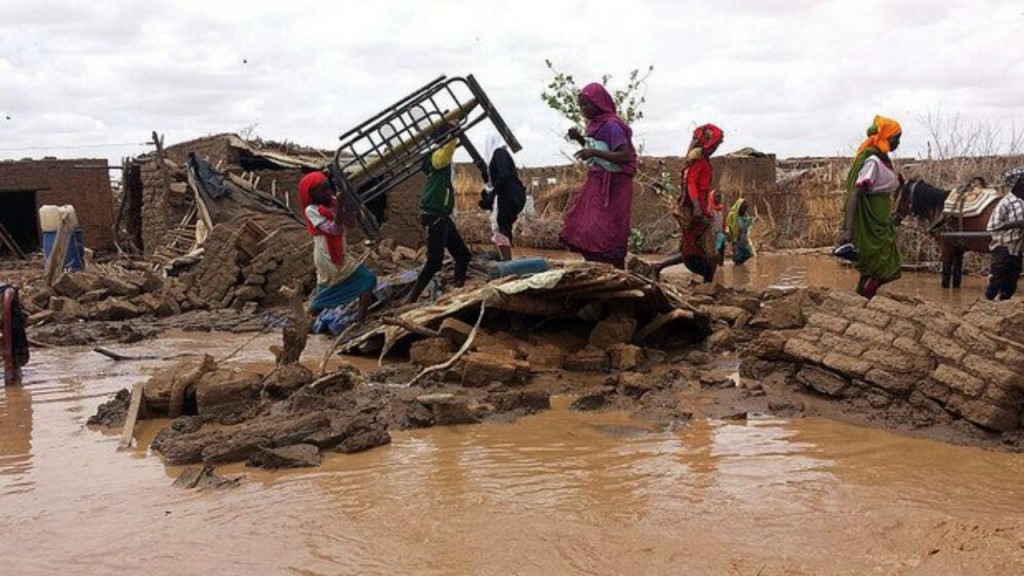 Floods triggered by seasonal torrential rains in Sudan have killed more than 80 people and damaged or destroyed some 35,000 homes since July, a senior police official said Monday.

Flooding has killed 84 people and injured another 67 since the start of the rainy season, said police Brig. Gen. Abdul-Jalil Abdul-Rahim, spokesman for Sudan’s National Council for Civil Defense.

Fourteen of Sudan’s 18 provinces have been affected by the rains, which have demolished more than 8,000 houses and damaged at least another 27,000, Abdul-Rahim said. The eastern provinces of River Nile and al-Qadarif were hardest hit, he said.

The U.N. Office for the Coordination of Humanitarian Affairs has said that 102,000 people have been affected by the rains across the country. Between Sept. 4-6, over 61,000 people, including 35,000 South Sudanese refugees, were affected by the flooding in 53 villages in the White Nile province’s Aj-Jabalain district, the U.N. said.

The U.N. complained that the flood response in some affected areas has been delayed despite the rising number of people affected.

The Sudan Humanitarian Fund, a multi-donor fund run by the U.N.’s humanitarian affairs office, has allocated $7.7 million to 14 NGOs in 15 provinces for swift humanitarian response, according to a statement released by UNOCHA on Thursday. Another $7 million has been allocated to four U.N. agencies for the procurement of emergency stocks.

Last year, Sudanese authorities declared the country a natural disaster area and imposed a three-month state of emergency across the country after flooding and heavy rain killed around 100 people and inundated over 100,000 houses.