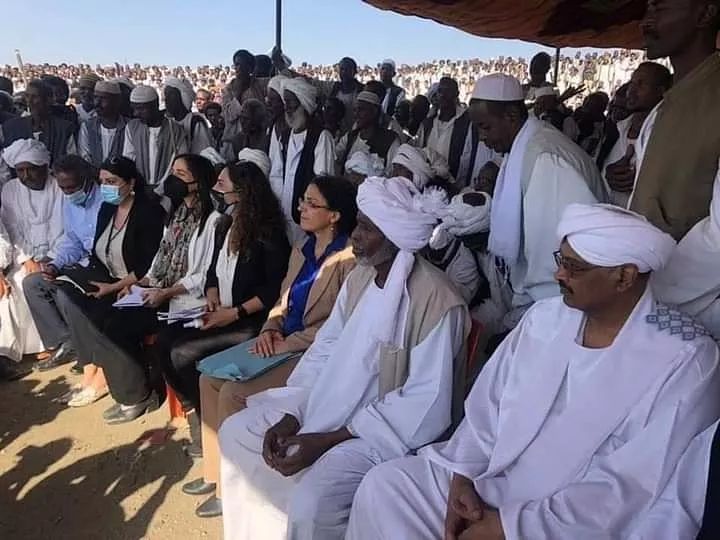 Port Sudan — The closure of ports and highways in Red Sea state continued for the 27th day. A delegation from the UN Integrated Mission to Support the Transition in Sudan (UNITAMS) arrived on Wednesday in Port Sudan to hold meetings with the Governor of Red Sea state, Abdallah Shangarai, and the protestors.

Stephanie Corrie, representative of UNITAMS, stressed, during her meeting with the protesters in front of the seaports, the existence of a political and development problem, and called for dialogue between all parties in eastern Sudan, and dialogue with the central government in Khartoum to solve all problems.

Corrie and her accompanying delegation met with the Governor of Red Sea state, Abdallah Shangarai. The representative of the mission explained that the current visit to the Red Sea state extends for three days to listen to the different points of view on eastern issues and proposals for solutions.

The High Council of Beja Nazirs and Independent Chieftains have opposed the Eastern Sudan Track since it was first agreed upon by the Sudanese government and the Sudan Revolutionary Front rebel alliance in the South Sudan capital of Juba in February 2020. The Track was negotiated the Beja Congress in Opposition and the Popular Front for Justice. The Beja Nazirs Council was not involved in the talks in the South Sudanese capital that led to the signing of the Juba Peace agreement on October 3 last year.

The Beja leadership council, headed by Nazir Sayed Tirik, reacted at the time by calling for an inclusive eastern Sudan conference to decide on the future of the region. Members of the council organised two large protest events last year, in Sinkat in Red Sea state and in Telkok in Kassala, where they threatened they would demand the right to self-determination for eastern Sudan if the government would not comply to their demands.