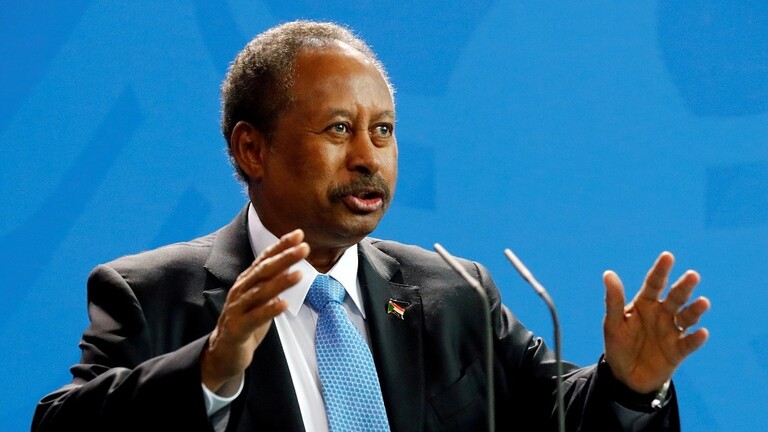 Sudan’s de-facto leader, General Abdel Fattah al-Burhan, said on Tuesday that he had accommodated former Prime Minister Abdalla Hamdok on his own residence to guarantee his personal security.

“Hamdok is staying at my house to protect him from all restrictions, imposed against him by various political forces,” al-Burhan said, speaking at a news conference in the Sudanese capital of Khartoum on Tuesday.

“We want to thank Hamdok for all his work at the helm of the country’s government,” al-Burhan added.

The Sudanese general also said that the rest of country’s ministers and officials, who were arrested earlier, were kept “in a proper place.”

Al-Burhan rejected all reports about a coup in the country saying that “Everything that happened was not a coup.”

“We have promised the international society to keep protecting the transitional period in Sudan, we do not need protection on behalf of anyone and we do know how to handle affairs in Sudan,” he added.

The country’s leader, General Abdel Fattah al-Burkhan, ousted the top authorities and imposed a state of emergency. He also suspended a number of provisions of the constitutional declaration, which sets the framework of the interim period following the overthrow of Sudan’s previous President Omar al-Bashir, who had ruled the country for 30 years, and set the relationship between the military and civilian authorities.

General al-Burkhan declared a state of emergency in Sudan on Monday, dissolving both the country’s government and the Sovereign Council and suspended a number of articles of the Constitutional Declaration, which was signed by Sudan’s military and civilian forces in 2019 for a three-year transition period.

Speaking to the nation in a televised address on Monday, al-Burkhan said that general elections in the African country would be held in July 2023.