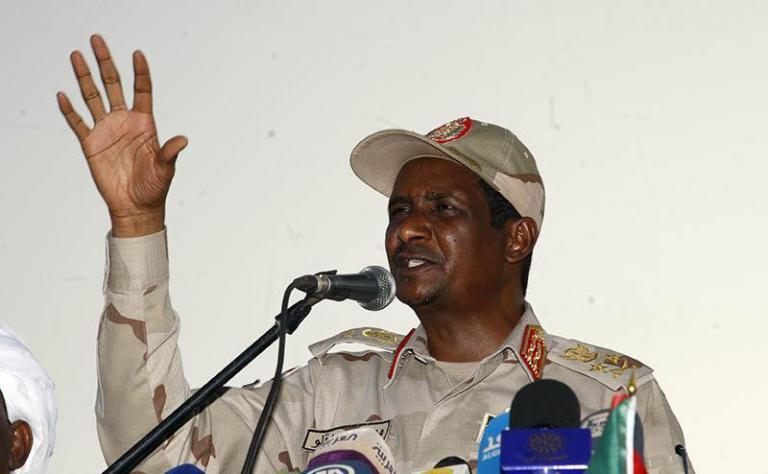 The Deputy Chairman of the Sudanese Sovereign Council, Mohamed Hamdan Daglo “Hemetti” Friday accused the Tamazuj group, of involvement in the tribal violence in the Darfur region.

The controversial group is one of the signatories of the Juba agreement for peace in Sudan even if they did not take part in the talks. It gathers armed groups from the tribes on the border area between South Sudan and Sudan, but they were not known as a rebel movement.

During a radio talk show the official Radio Omdurman from the capital of West Darfur state, Hemetti pointed an accusing finger at Tamazuj. He said they gave weapons to their elements and ordered them to participate in the inter-communal fighting.

“Tamazuj is involved in the recent conflict in West Darfur. We arrested all of their offices, and we found in their possessions, military signs and recruitment lists. All of them were transferred to Port Sudan prison,” he said.