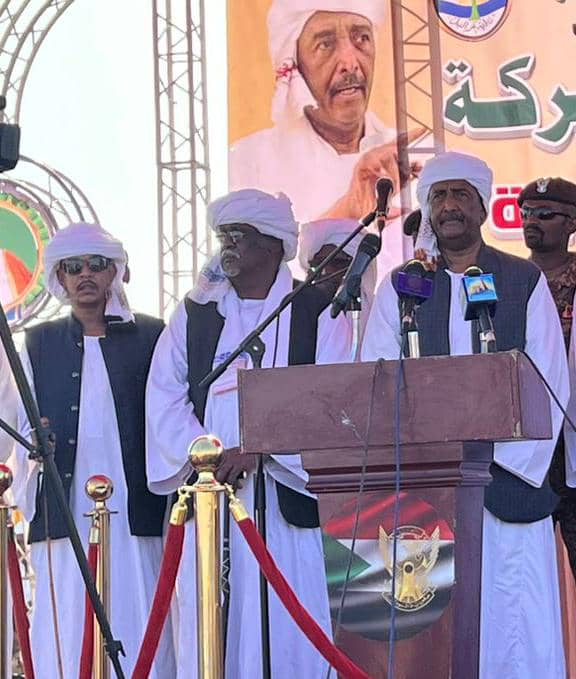 KT
Head of Sudan’s ruling Sovereign Council, Gen. Abdel Fattah al-Burhan, said Saturday the country’s political groups are close to reaching a national consensus.
“There are signs of being close to reaching consensus with the participation of political and social forces and peace partners,” al-Burhan said at a peace forum in Ethiopia.
“This guarantees the stability of the transitional period and the formation of a civilian government to run the country, create the atmosphere and take the necessary measures to hold free and fair elections at the end of the transitional period,” he added.
The army chief renewed his commitment of withdrawing the military from politics in Sudan.
Sudan has been without a functioning government since October 2021 when the military dismissed Prime Minister Abdalla Hamdok’s transitional government and declared a state of emergency, a move decried by political forces as a “military coup.”