https://khartoum-today.net/
GMT+2 06:12
Home Culture The Role of English Language and Technology in under -resourced Countries 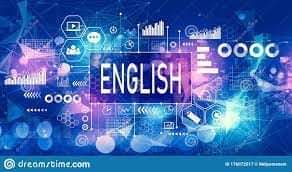 The Role of English Language and Technology in under -resourced Countries

Ahfad University for Women in collaboration with the Open University in London conducted a study on the role of English and Technology in Under-resourced Countries. Some of the academic staff at the School of Languages took part in the study. The committee was headed by Dr. Amna Mohamed Abdkarim Badri and her crew that consisted of: Dr. Mujtaba Said Arman, Dr. Abu ALgasim Abdel Rahman, Dr. Arif AL Adidaroos, and Uz. Fatima Ahmed, Us. Yassir AL Shafei, and Eng. Waleed Abdullah Mohammed.
The study included some suburban schools in the capital Khartoum, and the nomads’ schools in the White Nile and Kosti States. The research team adhered to the rigorous and ethical standards of research methodology. For instance, obtaining a written approval of the participants of the research i.e. teachers, pupils, parents, and also getting permissions of the concerned authorities.
Project Goals
The focal point of the project is investigate how far are the teachers, pupils, and parents aware of the importance of technology and English language in the world today; the children’s’ experiences on technological learning; then the strategies suggested by these groups to mitigate marginalization via technology utilization.
Means of collecting data
Data was collected through focus group discussions with pupils between 13-14 of age, and with parents, and also by attending classes with some teachers.
Marginalization can be defined as a refraining state of individuals or groups from full participation in the social, economic, and political life. It’s worth mentioning that there are a number of complex reasons for marginalization, or enjoying the privilege of the available resources in a community. These reasons can be summarized as follows: gender discrimination, geography, ethnicity, religion, displacement, handicapping, and poverty is, of course, another reason and a consequence at same time.
Access to technology
Access to technology and English language have various aspects like those related to gender, age, and ethnicity. The availability of technology in the countries that participated in the research, including Sudan, (Open University 2022).
When talking about technology in the research, we mean everything pertaining to information technology such as digital equipment that improves the educational process especially the equipment that makes it possible for the learner’s to get into the different information systems. This also applies to teachers as well.
In the realm of technology, it is quite obvious that the children who have an access to technology in private and international schools in Sudanese context, they get the advantage of having extra hours in learning English language as well as learning extra-curricular subjects connected to the course study. They also have access to the library. In the year 1999, the Ministry of Education, in Sudan, envisaged a conception of how the national strategy on information technology would look like. This strategy concentrated on these aspects: Technology, Human Resource Development, Programming Development, and Building of Human Capital.
Main Findings
Though accessing the internet was limited, there was an overwhelming interest among those interviewed to use computers and English language to acquire information, some of them were technology illiterate; only very few pupils had smartphones or computers in their homes or at schools. Exchange of smartphones technological devices was a general trend among pupils, friends, and neighbors. Teachers could not access the Internet at the schools due to the unavailability of this technology. Their use only their personal smartphones. All the schools at the investigated areas lacked this technology as a means of educational learning. Most of the participants focused on the importance of technology and English language to combat marginalization. There were no training programs for technology at the schools whatsoever. Lack of financing technology in the national educational strategy constitutes a major obstacle for its application.
Recommendations
This study highly recommends the essential application and usage of technology at schools especially suburban schools i.e. technology should not be a theoretical study in the curricula only. For the above mentioned purpose, Ahfad University for Women conducted a training program for 6o teachers of both sexes on the use of technology and student-based teaching. The same program was conducted in Kosti and Kassala States.