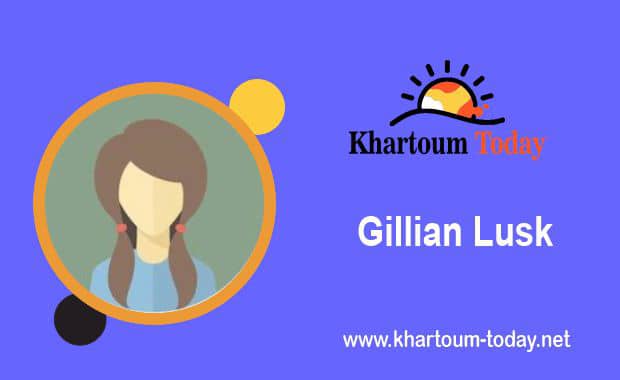 Revolution: from excitement to patience.

Gill Lusk writes about how Sudan’s astonishing Revolution has now taken a new form: rebuilding a country devastated by 30 years of Islamist dictatorship is just as challenging as overthrowing the old regime.

The country may be under curfew but this is a long way from the repression of 30 years of rule by the National Islamic Front-National Congress Party (NIF-NCP). Indeed, this is a limitation on freedom designed to protect life, not threaten it. For once, the world is united in its struggle against the Covid-19 pandemic.

Women played an active and vital role in Sudan’s Revolution of 2019. The Keizan had ruthlessly built on existing social customs and largely banished females to the shadows. How fitting – how revolutionary – that so many women should emerge to defy the Islamist rulers they sought to overthrow.

It reminded me of how many women rushed out on to the streets to demonstrate during the momentous Intifadah which overthrew the late President Ja’afar Nimeiri in 1985. However, by 2019, times had changed, notwithstanding the attempts of the NCP to return the country to an invented past. The women didn’t only protest, they didn’t only supply other protesters with food and shelter, they went far beyond their traditional roles and organised the sit-in alongside the men. They sang, recited poetry, made speeches – and marched towards security forces who were firing live ammunition. The Revolution may have now changed in form but the women’s actions have changed Sudan for ever. No one freed them: they liberated themselves.

Indeed, the whole Revolution was self-assembled. Although politicians and, especially, trades and professional unions, all played a part, the momentum and organisation –and the extraordinary energy of it all – came from the mainly young and often female protestors. Who would ever have imagined a sit-in lasting some six months, which ended only because security forces – who have still to be named – decided to massacre scores of youngsters in their sleep on 3 June?

Some try to blur memories of such assaults by claiming they were committed by rogue soldiers. Yet on 5 March, the United States-based organisation Physicians for Human Rights published a report that includes details of the planning of a blood-bath that survivors, and the medics who treated them, will certainly never forget.

The brutality of the security forces contrasted starkly with the non-violence of the protestors. Where did this tenacious adhesion to “silmiya” (peaceful) come from? There was no tradition of Gandhian pacifist resistance in Sudan. Moreover, for nigh on 30 years, the NIF-NCP had subjected individuals and whole communities alike to killing, torture, rape and other violent abuse. In Darfur, the International Criminal Court and the US government had declared this to constitute genocide, while government attacks on civilians in the Nuba Mountains were genocide in everything but international name. The people of South Sudan had been through the same nightmare until they won independence in 2011.

A decade earlier, demonstrations for democracy had ousted dictatorships in both Mali and Burkina Faso. Both of these neighbouring Sahel countries are now suffering violent conflict generated almost entirely by jihadist militia. Both countries previously had no such Islamist tradition. Their citizens mostly practised a highly tolerant and peaceful form of Islam, often Sufi-inspired. The war stems in part from Da’esh fighters fleeing Syria and Iraq but also from militias once active in Sudan, including in Darfur, migrating westwards and causing havoc in states from Cameroon to Nigeria via Niger and the Central African Republic. Some of these fighters are Sudanese, many not, but thousands received training, and political and financial backing, from the NIF-NCP, the money often originating in Islamist networks in the Gulf and elsewhere.

This points to the fact that the Keizan have not gone away. The ideology persists and so do its few but dedicated followers, even if they have taken a huge defeat in Sudan. When people express alarm at the idea of Sudan fragmenting, this is one of the danger zones, perhaps THE most dangerous. The NIF-NCP was long-practised in dividing citizens along ethnic, religious, political or regional lines. That is an easy strategy amid the pressures of historical political and economic disadvantage and prejudice. The victims are hundreds of thousands of innocent civilians. The conflict in South Sudan since 2013 may serve as a warning of how politicians can exploit poverty and ethnic rivalries to create a situation that is hard to escape from.

The need for politics

Large numbers of Sudan’s protestors, who mainly grew up under the regime headed by Omer Hassan Ahmed el Beshir, have been outspoken not only in in their criticism of politicians (nothing new in that!) but also in their rejection of conventional politics as a whole. Their aversion to professional politics is understandable after 30 years of a totalitarianism that might not have happened were it nor for the ineffectual conniving by many politicians which preceded 1989’s NIF coup d’état.

The wonderful qualities of the Thawra – solidarity, energy, non-violence, inclusiveness, equality, tolerance, democracy – are all desperately needed in the “New Sudan”. Furthermore, they are all needed for the act of building a state of “Freedom, Peace, Justice” as the revolutionaries demanded. Nevertheless, they are necessary but not sufficient. A state needs structures; a government needs structures; politics itself needs structures. Until humans come up with a better solution for democracy, that means political parties.

The globe’s first modern parties grew up as the followings of particular leaders but usually metamorphosed gradually through shared interests to an emphasis on shared ideas of how society should be organised. Those ideas may well be based on interests too, for instance, business or land-owning interests on the right or a greater emphasis on the public good on the left. However, parties should not be dominated by their leadership. To achieve democracy for society, those parties themselves need by definition to be internally democratic. That is precisely where the scepticism of Sudan’s revolutionaries finds its mark.

Sudan’s main traditional parties (the National Umma Party, Sudan Communist Party and Democratic Unionist Party) have not always been a model of internal democracy. Young people have been lobbying for this in the Umma and to a lesser extent in the DUP but a root-and-branch review of ideas and policies is needed in all the country’s parties if they are to avoid repeating the failures of previous democratic periods and a corresponding return to dictatorship.

The same is true for the armed groups and their civilian wings. Their internal lack of democracy should be seen in the context of 30 years of war against a brutal regime and some are far more internally accountable than others. Like the other parties, though, they all need to review their situations in the searching light of the New Sudan. The talks in Juba between the Sudan Revolutionary Front and the Forces for Freedom and Change and the transitional government are reportedly going well, with plenty of discussion, and also agreements, of real substance. Nonetheless, there is also posturing and politicking by some delegates on all sides. Post-revolutionary Sudan deserves better. People are eager for a fairer society.

The Revolution was so world-shatteringly successful in part because the protestors did not politick or posture. Anyone who sought personal advantage was quickly neutralised – peacefully, of course, by open, democratic debate about differences and grievances. That is the development that needs to be maintained if Sudan is again to take its rightful place in the panoply of nations. That also means rebuilding a shattered economy that has been largely privatised into Islamist hands. It also means according citizens of the marginalised areas their full role in society, and dismantling the “deep state” so efficiently built by the Keizan. It is a massive task but so was removing the “immovable” regime. The Revolution was an exercise in honesty, conviction and patience. All are amply needed now to liberate the country fully and complete a Revolution which was a model for the whole world.

Gill Lusk lived and worked in Sudan from 1975 to 1987. She taught English in Nyala and El Kamlin, then worked as a staff writer at “Sudanow” before becoming a freelance journalist in Khartoum. In 1987-2016, she was Deputy, and later Associate, Editor of “Africa Confidential” in London. She chairs the Society for the Study of the Sudans, United Kingdom (SSSUK). She writes in a personal capacity