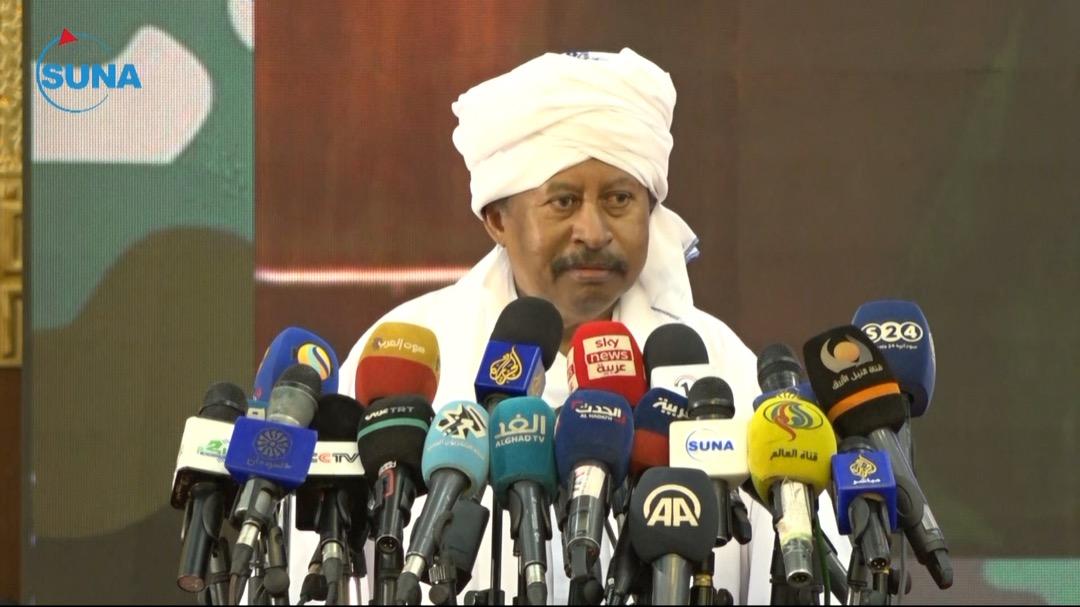 The Prime Minister, Dr. Abdalla Hamdouk, has affirmed the unlimited support and backing of the Executive to the Armed Forces to extend their control over all the Sudanese territories.

In his address Saturday at the Friendship Hall to the festival for launching the private sector’s initiative for support to the Armed Forces, Dr. Hamdouk saluted the brave soldiers who are defending the land and guarding the borders, indicating that the Armed Forces have a sacred duty, which is to protect the constitution and democracy and to defend the borders of the homeland.

He said that this initiative is aimed at integrating the official and popular effort to support the Armed Forces, expressing his hope that such a spirit shall prevail to address all issues of the homeland.

He stressed the necessity of solidarity and cooperation in order to bring the country to the horizons of development, peace and stability.

Hamdouk called for creating a development model in the area Fashaqa and making it an area with an investment advantage that brings economic benefits to the country and the citizens of the area.

The Prime Minister has wished mercy for the martyrs of the Armed Forces throughout history who sacrificed their lives for the sake of the pride and dignity of Sudan.