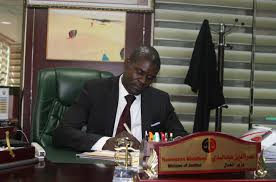 Israeli media reports have quoted high-level Sudanese sources stating that khartoum is set to abolish the Israel Boycott Act that the country passed in 1958.

At the end of August, the United Arab Emirates (UAE) abolished the Israel Boycott Act by a presidential decree, allowing its citizens to cooperate commercially and financially with Israelis.

The Israeli Makan 33 TV channel quoted high-level Sudanese sources explaining that the Sudanese authorities are working to activate the agreement which was signed Tel Aviv and Khartoum.

The sources pointed out that the Israel Boycott Act adopted in 1958, which will lay the first foundations for building and developing relations between the two states, will be dismantled as part of the agreement.