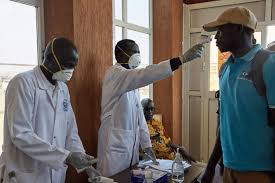 The Sudanese Ministry of Health published its COVID-19 statistics over January 10-16 on Wednesday, as various officials announced that plans for the roll-out of vaccines across the African continent will take “weeks if not months” to crystallise.

739 new COVID-19 cases were recorded by the health ministry between January 10 and 16, along with 50 deaths and 1,402 recoveries from the virus. The federal Ministry of Health did not issue COVID-19 statistics between December 22 and January 4.

In an update published on its Facebook page, the General Directorate of Emergency and Epidemic Control reported that since March last year, when the coronavirus reached Sudan, 24,118 COVID-19 cases have been registered. 1,707 patients died, and 18,611 recovered.

There are growing concerns about the number of unrecorded and undetected cases in Sudan. A report from the Imperial College London COVID-19 Response Team in collaboration with multiple partners, revealed on December 1 that an estimated two per cent of COVID-19 deaths have been reported in Khartoum.

During a press conference Thursday, Africa Centres for Disease Control and Prevention Director, John Nkengasong, outlined a strategy that will enable all African nations to roll out vaccines that require ultracold temperature storage.

“All African countries, all 55 of them, can receive any vaccine now,” he said, adding that he wishes to dispel the idea that some African nations aren’t ready to start vaccination campaigns.

Despite this, Africa will have to wait “weeks if not months” before receiving COVID-19 vaccines approved by the World Health Organization (WHO), according to various officials working towards getting doses for the continent who spoke to the BBC.

Close to 900 million doses have been secured so far through various initiatives by the WHO. If administered so there are two per person, this will cover 30 per cent of the African continent’s population.

In addition, 270 million vaccine doses have been secured by the African Union (AU), enough to cover 10 per cent of the continent. The vaccines will be allocated according to countries’ populations, said South African President and AU Chairman, Cyril Ramaphosa, on Wednesday.

In December, the Ministry of Health announced that 8.4 million doses of the COVID-19 vaccine will be provided to specified vulnerable target groups. This will cover 10 per cent of Sudan’s population.

On January 13, the United Arab Emirates (UAE) granted Sudan “considerable quantities” of the COVID-19 vaccine to combat the spread of the disease.

Nonetheless, hoarding by wealthy nations, funding shortfalls, regulations and cold chain requirements have slowed the process of rolling out the vaccines. “The world is on the brink of a catastrophic moral failure and the price will be paid with lives and livelihoods in the poorest countries,” warned WHO head Dr Tedros Ghebreyesus.