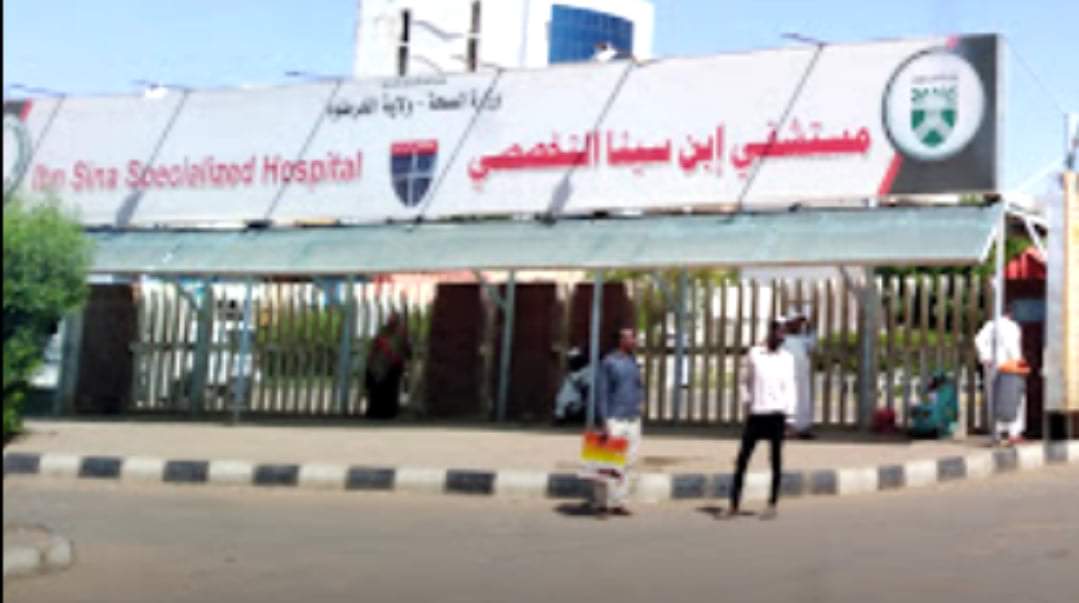 The medical crew of urinary system department at  Ibn Sina Specialized Hospital, has successfully conducted an extradinory and complicatd surgical operation, for the patient (M.S), Who suffers from  inborn, totally deformity in genital and urinary system ; considered  solo medical case ever, as well as first of it’s kind based on the congenital complications.

As, The patient(m. s) , Male gender, 17 years old, comes from Senar State south east of Sudan, suffers from uncontrolled leaks of Urine, is due to the congenital defect in the urinary system, that imposed him to leave school classes and avoiding any crowds of people, escaping from embarrassment Moments. ” I fully satissfied for the destiny, but at the same time, I beseech doctors to do thier parts, so as to enable me for rejoin school seats which i drpped out for two years. also to practice Society’ s activities in an usual ways. Undoubtly by almighty of Allah.” He added

Co patient (M.S), decided to keep searching on a suitable treatment for his sick brother in Khartoum after long journey and interviews of different physicians, he recommended checking the urinary system specialist at Ibn Sina Hospital.

Ibn Sina Specialized Hospital, is one of the remarkable hospitals in Sudan, that distinguished and specialist of medicating the very complicated, rare, and concerned diseases such Gastrointestinal diseases , kidney transplantation, Communication Disabilities, and urinary system illness.

Where, the hospital aims at rendering an excellence health care for patients during the right diagnosis and remedy. In addition, extended  training opportunity for medical cadres.

The urinary system specialist, Dr. Al tayeeb Mutasim, and deputy specialist, Dr.Al sawi, has firstly received the case in spirit of humanity and trying to raising moral of patients through religious Words. Then said in cordial and spontaneously manner, that, such this case is seldom in Sudan and mostly recommended ;  traveling abroad  for following up treatment process.

For his part, Dr. Altayeeb has raised the issues of the case to the Chairman of urinary system department, Ab lmuneim, beside the associated Consultant. Dr Ashraf, for further Consultations.

The urinary system department at Ibn, unanimously, has agreed to carry out the operation in spite of the challenges of possibilities and utilities in Sudan .

Firstly, a primary operation has done to pick up a sample from the swell that situated in pubic area, to be sent for the histo-pathlogist for accurate checkup. The result was granulose and no any malignancy cells have been shown.

On Tuesday 14 sep, 2021, The urinary system crew,at Ibn Sina Hospital, has accomplished Major_surgicsl operation which continued to six hours. Hereof, The bladder organ has restored to its normal position, rectified the defect which occurred in the Head of genital organ, directed the running of urine to it’s usual passage, fixed permanent urine catheter for controlling Urine following, finally, blocked the mini hole that leaks Urine in pubic place , by chunk taken from the  large intestine.

According to the in charge doctor, Altayeeb said, “the patient is getting well, and the Surgery place would healed gradually. “

The humanity act has revealed when the specialized Dr. Altayeeb, said there wil be no fees for this case e added that the field of medicine is humanitarian. Beside our ancestors have raised us on core values and ethics.

Doctor stated our goal is to watch the patient (M.S), performing daily activities as any usual Children at his age.

Many thanks are extended to the administration of Ibn Sina Hospital, Director general, Consultants, specialist, deputy specialist, anesthetic Team, staffs and employees for providing a highly professional, fit_atmospher and excellence service that have witnessed.

The Minister of health, and donors, have recently renovated and recnostructed the operation theatres and other wards of hospital. But more attention should be given to the medicine cadres for the sacred role they play .