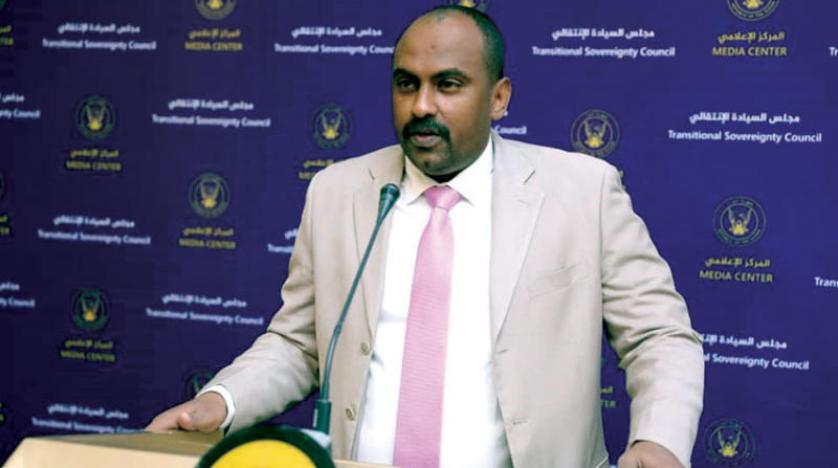 A Transitional Sovereignty Council (TSC) member, Muhammad al-Faki Suleiman, has urged new talks on normalization relations with Israel as a new Sudanese government is due to be formed.

Suleiman told Anadolu Agency that the normalization agreement is “a foreign policy matter linked to our [Sudanese interests]” and it will be discussed again, sooner or later.

In Oct. 2020, Sudan announced the normalization of relations with Israel — a move rejected by national political forces, including members of the ruling coalition.

Prime Minister Abdullah Hamdok said in a statement to Anadolu Agency on Feb. 8 that normalization would be resolved by the transitional legislative council due to being formed on Feb. 25.

Hamdok announced a major Cabinet reshuffle of 26 ministers earlier this month. The new Cabinet is expected to focus on economic reform, peace-building, a balanced foreign policy, restructuring civilian and military entities and justice for victims of the country’s civil wars.

It follows a peace deal signed in October with rebel groups to end conflicts in Darfur and southern Sudan.

Suleiman expressed optimism about the new government, arguing that the replacement of technocrats with politicians in the economy and foreign relations is vital because politicians perform “better.”

With a 1,600-kilometer (994-mile) shared border, Ethiopia and Sudan face issues regarding the al-Fashqa Triangle, a decades-long disputed border without rigid demarcation that was renewed in November.

While Khartoum said it imposed its control on Sudanese territory where “Ethiopian militias” were present, Addis Ababa accuses the Sudanese army of controlling the Ethiopian region. It is a charge that Khartoum denies.

Ethiopian farmers cultivated the area at a time when Sudan was absorbed in internal instability, according to Suleiman.

“When the political change occurred in Khartoum and the civil war stopped, Sudan regained its stability and the issue of these Sudanese land was raised,” said Suleiman, who added that the discourse by Addis Ababa about the Sudanese army invading Ethiopian lands is “very surprising.”

He called for a return of technical committees to highlight border demarcations drawn since 1902, recognized by the African Union and proved by Ethiopian maps.

Suleiman urged Addis Ababa to deal with Khartoum just as it deals with Juba by respecting the border based on the 1902 agreement.

Another subject of disagreement revolves around the Grand Ethiopian Renaissance Dam, where negotiations between Sudan, Ethiopia and Egypt have stalled.

Suleiman described the dispute as “thorny” and very important to the Sudanese because half of the population lives on the Blue Nile River banks, hence stressing the importance of “detailed agreements on the flow of water and other technical aspects.”

In recent weeks, curfews have been announced in many regions across Sudan to contain demonstrations amid worsening economic conditions brought on by inflation and a shortage of essential commodities.

Suleiman believes that the government’s economic policies created “a harsh economic climate for those with limited income” when it was expected to improve the economy, which was a fundamental reason behind protests that ousted former President Omar Al-Bashir in April 2019.

He also blamed groups that took advantage of recent protests by looting and causing chaos but said they should not be conflated with peaceful demonstrators.