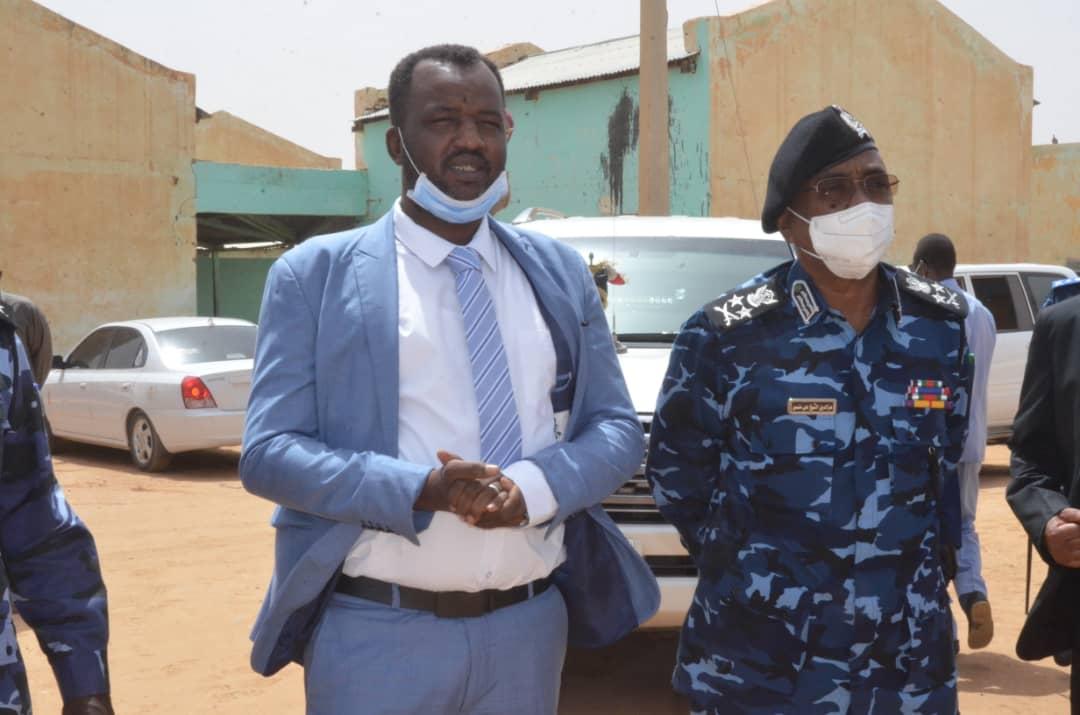 Minister of Interior, Gen.(police) Izz-Eddin El Sheikh Ali Mansour  h as renewed   resolve of the government and the peace partners  to provide security, achieve stability, protect civilians  and  beating  the unruly groups so that the life restores  to its normalcy in Darfur

Having met with  the displaced people of Abu Shoak Camp Wednesday,  the Minister  called for going ahead with the same plans  that achieved security in the camp during the past period  and to cooperate with  the police  to reach the culprits in order to  bri8ng them to justice

The Minister also called the displaced people to forget and overcome  the sores  of  the past, stressing that the government is working with advanced steps towards achieving stability.

The  Humanitarian Aid Commissioner , Dr Ahmed Al Bashir Ibrahim , for his part,  undertook to  provide the areas of repatriation with the basic services and providing the appropriate climate that encourages displacement to return to their home areas  to reconstruct  them  and to practice their normal life.

Director of Police in North Darfur State, Maj. Gen.(police)Yahya Mohamed Ahmed , affirmed   the police concern with achievement of security and stability  at the IDPs camps  and areas of  repatriation..

Representative of native administration,, chieftain Adam Ishaq, acknowledged  emergence  of  insecurity in the camp last week though the camp  witnessed  security stability  over the past periods , calling  for setting up a popular court in the camp .