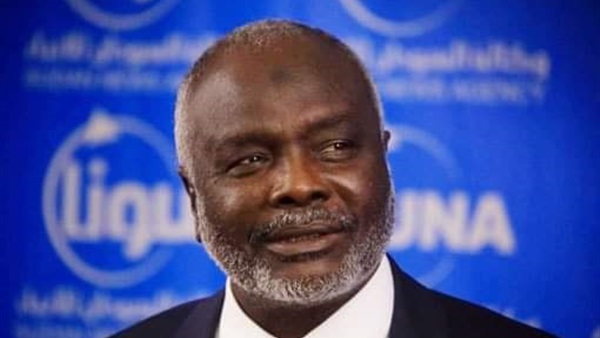 FINANCE MINSTER , US ENVOY DISCUSS ENTRY OF US BANKS TO SUDAN

SUNA
The Minister of Finance and Economic Planning, Dr. Jibril Ibrahim, received in his office Wednesday the US envoy for Sudan, Donald Booth, in the presence of the United States’ Charge d’Affaires to Khartoum, Brian Shukan, and discussed the economic requirements for the entry of American and western banks to operate in Sudan, and the possibility of the United States’ contribution to helping Sudan meet these requirements.
The meeting touched on the preparations for the Paris conference, scheduled in next May, and the role that the United States can play with the partners so that this conference comes out in the required form and achieves the aspired results.
Jibril has praised the support provided by the United States to Sudan, and discussed arrangements for the arrival of the wheat extended by the United States to Sudan, in addition to the United States’ contribution to the program for support to the Sudanese families “Thamarat”.
He described the meeting a fruitful, beneficial and discussed a number of common issues.
The US envoy, Donald Booth, affirmed that his country is keen to support the peace and democratic transformation in Sudan during the transitional period.
He also praised the economic reforms recently implemented by the transitional government, indicating that there are American and western banks willing to work in Sudan, calling for creation of an investment climate in Sudan that is encouraging to the international banks and companies to operate in the various fields in the country.