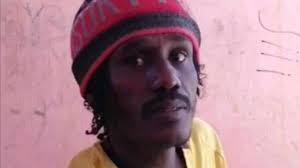 ACJPS  calls to investigate the enforced disappearance and extrajudicial killing of Wad Akair in Khartoum     Sudanese authorities should urgently investigate the reported abduction, torture, and extra-judicial killing of Mr. Mohamed Ismail Abaker, popularly known as “Wad Akair”, a youth activist and a member of a resistance committee in Al-Jeraif Sharq neighborhood in Khartoum.    Mr. Wad Akair had been participating in a sit-in in front of Altamayouz hospital. The sit-in was organised to protest the decomposition of bodies at the hospital mortuary. The inconsistent power supply affected the refrigeration at the mortuary and as a result strong foul smells emitted from the decomposing bodies. In response several activists organised a sit-in at the hospital and demanded that the authorities identify the bodies held in the morgue.   According to reliable sources, Mr. Wad Akair was last seen at the sit-in on 3 April 2021. On 4 April 2021, the family of Mr Wad Akair reported his disappearance to the Al-Jeraif Sharq police station, case number 120 /2021, indicating that Mr. Wad Akair went missing on 3 April 2021 and his whereabouts are unknown.