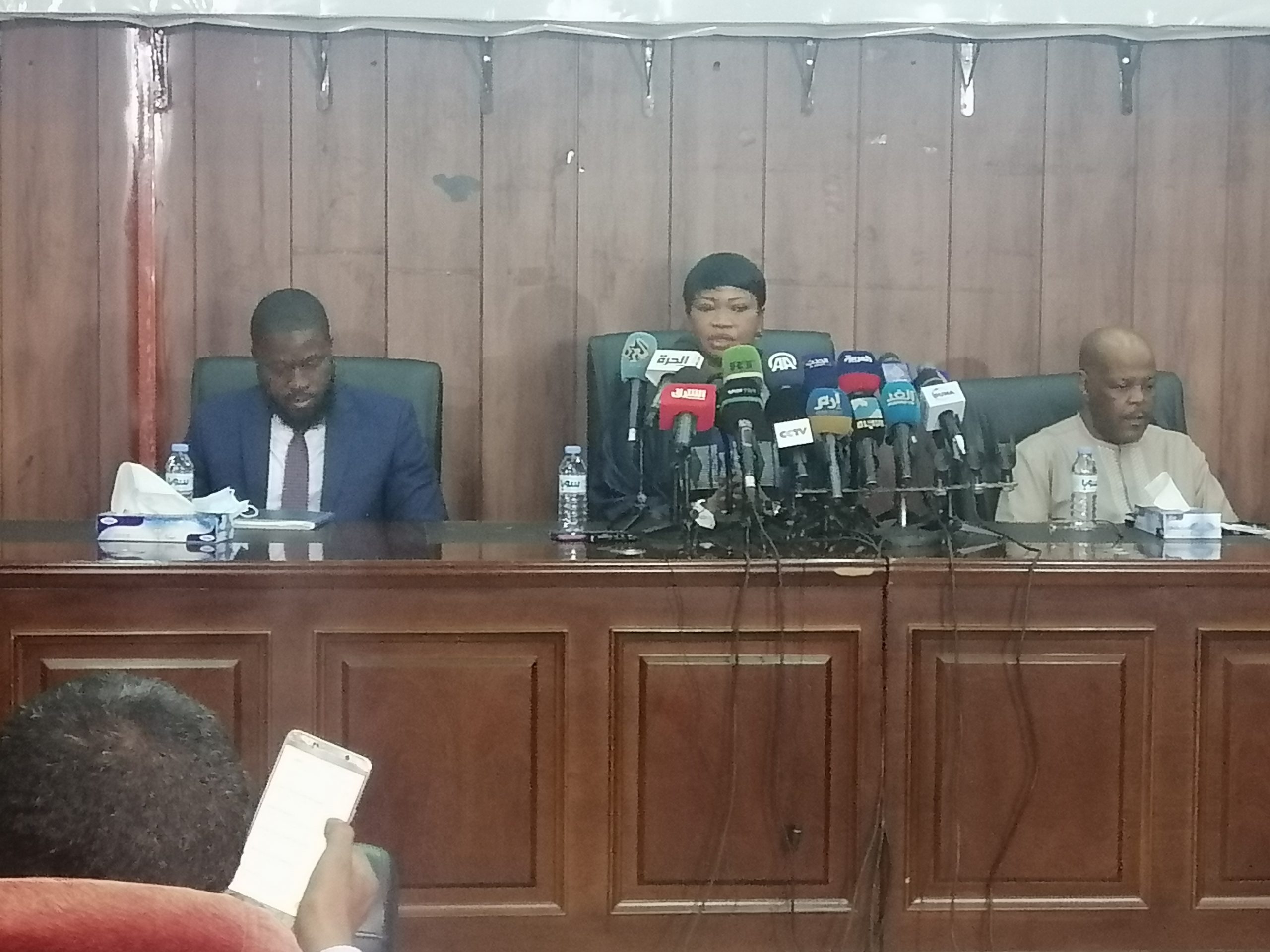 The Chief Prosecutor of the International Criminal Court (ICC), Fatou Bensouda, has stressed the necessity of handing over the accused, Ahmed Haroun, to the ICC before the end of July, so that he can be tried along with the accused, Ali Kushayb. At a press conference at Sudan’s Ministry of Justice in Khartoum today, Bensouda, who is on a three-day visit it to Sudan and Darfur Bensouda, revealed that a team of investigators from the ICC will arrive in Sudan in the coming period to collect more evidence on the ground.

Bensouda said that during this, her second visit to Sudan and her first opportunity to visit the victims in North, South, and West Darfur, explained that she felt from the victims their eagerness to see justice done.
Bensouda asked the victims to communicate and cooperate with the investigators who will arrive in Sudan during the coming period: “The best evidence that can be collected is that which is collected on the ground,” stressing that witnesses who testify before the court will be protected.

She said that throughout her visit to the victims in Darfur, she felt that their main demand was that those wanted by the ICC be handed over to the court, and that this matter represented one of the tasks for which she arrived in Sudan.

She explained that she met with state officials and asked them to hand over the wanted persons to the court, and she did not see any objection to the extradition. The ICC Official justified the start of extraditing Ahmed Haroun as a matter of priority, “because Ahmed Haroun stands accused of the same charges facing Ali Kushayb.”

The ICC issued arrest warrants against former Minister for Humanitarian Affairs, Ahmed Haroun, and Kushayb in 2007. Kushayb was transferred to the ICC’s custody on June 9, 2020 after surrendering himself voluntarily in the Central African Republic. Upon his arrest, the Sudanese government announced its support for his transfer to the ICC. Kushayb is also charged with a number of crimes by the Sudanese authorities.

This will be Bensouda’s final visit to Sudan in her capacity as ICC Prosecutor, as her nine-year term expires on June 16. She will be replaced by British lawyer Karim Ahmed Khan. Khan was elected as the new Chief Prosecutor of the ICC in February and is set to succeed Bensouda for the next nine-year term