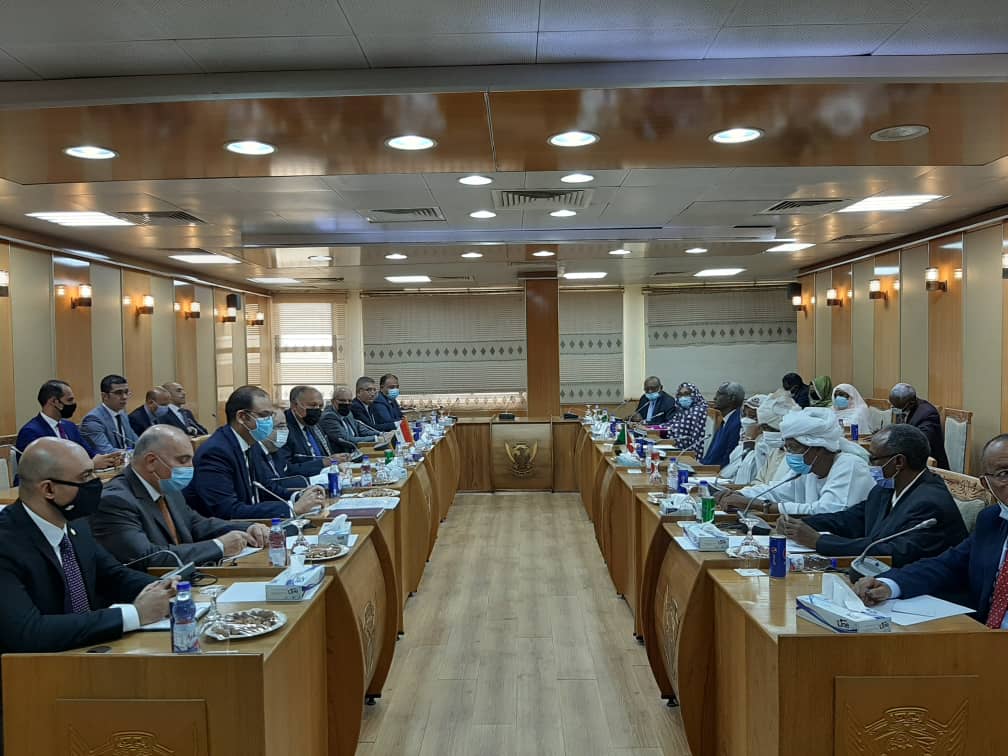 The two countries held closed-door talks in Sudan’s Khartoum to review the latest developments regarding the GERD with the participation of the two countries’ foreign and irrigation ministers.

At the conclusion of the talks, the two sides issued a joint communique in which they stressed on the risks of the unilateral filling of the GERD.

They stressed the importance of coordination at the regional and international levels to push Ethiopia to negotiate seriously and with political will to reach a satisfactory and binding deal, according to the communiqué.

The two sides saw that the talks under the African Union have failed to reach an agreement because of the “Ethiopian obstinacy.” They urged the international community to intervene to stop Ethiopia’s “unilateral will.”

They further expressed concern over the possible impact of unilateral filling of the GERD without reaching a legal deal to organize the work of the dam.

Sudan proposed a mediation quartet of the United Nations, the European Union, the United States and the African Union regarding the GERD issue. Ethiopia, however, has announced its rejection to this formula.

In February, Ethiopia said it would carry on with the second-phase 13.5-billion-cubic-meter filling of the GERD in June. The volume of the first-phase filling last year was 4.9 billion cubic meters.

Ethiopia, which started building the GERD in 2011, expects to produce more than 6,000 megawatts of electricity from the dam project, while Egypt and Sudan, downstream Nile Basin countries that rely on the river for its freshwater, are concerned that the dam might affect their share of the water resources.