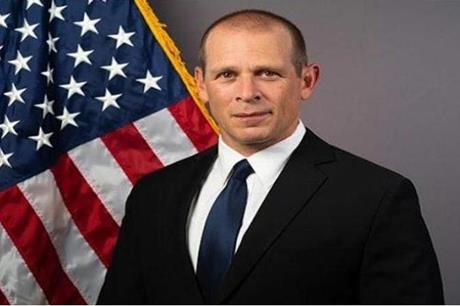 “The US will urge all parties to come to the table and resume dialogue with the help of the observers, the United States, the European Union and the African side,” Warburg said

Samuel Warburg, a regional spokesman for the US State Department, said on Friday the US is ready to provide political and technical support to Egypt, Sudan and Ethiopia in the Grand Ethiopian Renaissance Dam (GERD) issue.

His remarks came a day after the United Nations Security Council (UNSC) held a session on the GERD dispute, during which Egypt and Sudan highlighted their grave concerns over the impact of the dam on their peoples in case an agreement on filling and operating the dam is not reached.

Despite the concerns and objections of the two downstream countries, Ethiopia notified them last week that it started the second phase of filling the mega dam without a legally-binding agreement, a step that was highly condemned by Egypt and Sudan.

All the countries at the UNSC session agreed on the great importance of the GERD issue to the region in general and almost all states saw that the African Union would be the most suitable organization to manage the GERD discussions, Warburg told Al-Jazeera channel.

He said all the countries at the session, including the US, expressed readiness to provide political and technical support to the three countries in the issue.

“The US will urge all parties to come to the table and resume dialogue with the help of the observers, the United States, the European Union and the African side,” Warburg said.

The spokesman said the incumbent US administration attaches great importance to the GERD issue, including through appointing the experienced Jeffrey Feltman as a special envoy to the Horn of Africa.

He said the US reviews the GERD dispute as a geopolitical dispute around water and development.

Warburg, however, said the GERD can be a source of cooperation and coordination among the three countries instead of being a source of tensions in the region, given the vitality of Nile water to all the parties.

In the UNSC meeting, members called on Ethiopia, Sudan and Egypt to complete their GERD talks, under the umbrella of the AU, in good faith and away from any unilateral action to reach the desired agreement.

Egypt’s Foreign Minister Sameh Shoukry told the meeting that Cairo will have to “uphold and protect its inherent right to life” if its water rights are harmed and Egypt’s existence is threatened.

During her speech, Sudanese Foreign Minister Mariam Al-Sadiq Al-Mahdi spoke on how the GERD is considered a threat to her country’s Roseires Dam if Ethiopia continues the second filling unilaterally without a legally-binding agreement.

On Friday, Ethiopian Prime Minister Abiy Ahmed said the GERD can be a source of cooperation between the three states, reassuring the Egyptian and Sudanese people that they will never be harmed due to the GERD filling.

The filling “will only take a small amount of the water flow,” Ahmed said in a statement published in Arabic on his social media account, adding that the Sudanese Roseires Dam will not face huge fluctuations in the flow.