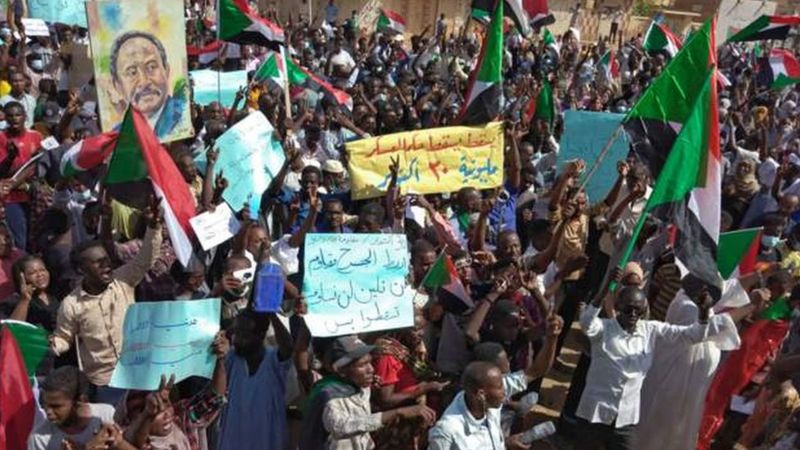 By : Admin
Anti-coup protests in Sudan have turned violent. Security forces fired live rounds at protesters in the city of Omdurman and other areas in the capital, Khartoum, leaving three people dead and over one-hundred injured.
Thousands of people have taken to the streets of the capital Khartoum as part of nationwide protests demanding the restoration of a civilian-led government after a military coup.
Protesters vowed to continue their demonstrations until their demands are met.
“We don’t want a military government. We fought for a civilian government. We brought it with the blood of the martyrs and we are ready to die for that once again.”said a protester
Similar protests also took place in other Sudanese towns and cities. In the city of Omdurman, the rally turned violent after security forces opened fire and used tear gas to disperse the crowd, leaving several people dead and scores more wounded. Sudanese police has denied shooting the protesters. It says one policeman sustained gunshot wounds.

“I think today was quite scenery it was quite surprise for the protests took place all over Sudan and in all states and major cities” said Sudanese Journalist Samah Khater  she added that the clear message is not on this protest it is the revolution back on full force.”
The anti-coup rallies began on Monday. That was when the military detained Sudan’s civilian leadership dissolved the government and declared a state of emergency.