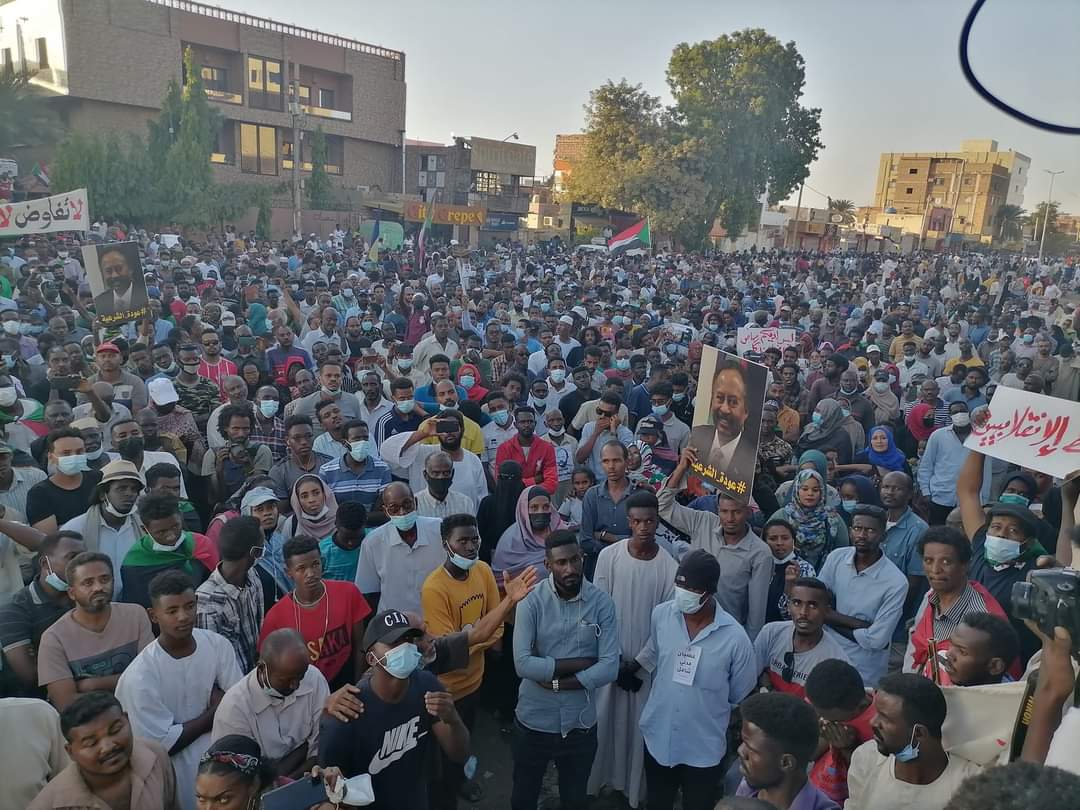 Security forces fire live ammunition and use tear gas as tens of thousands of pro-democracy demonstrators rally in Khartoum and elsewhere.

Sudanese security forces have fired live bullets and tear gas killed five anti-coup protesters and wounded dozens others during a crackdown on renewed pro-democracy protests, according to an independent union of medics.

The Central Committee of Sudan Doctors (CCSD) said on Saturday four people were killed by gunshots and one from a tear gas canister in the capital, Khartoum, and its twin city of Omdurman, adding that many others were wounded as demonstrators were “facing excessive repression using all forms of force, including live bullets”.

It said that an 18-year-old and a 35-year-old were among those killed “by bullets of the putschist military council”.

Tens of thousands of protesters took to the streets of the capital and elsewhere to protest against last month’s coup and the creation of a new governing council by the head of the army this week that excluded any representatives from the civilian Forces of Freedom and Change coalition.

General Abdel Fattah al-Burhan on Thursday reappointed himself head of the Sovereign Council, while Mohamed Hamdan Dagalo, the leader of the feared paramilitary Rapid Support Forces who is also known as Hemeti, kept his post as deputy. The duo had been due to hand over the body’s leadership to civilians in the coming months.

The developments have angered the pro-democracy alliance and frustrated Western countries that have urged the military to reverse its coup.

“Protests are continuing, more and more people are joining the protests, they are chanting that they don’t want the military rule,” said Al Jazeera’s Resul Serdar, reporting from the protests in Khartoum.

He added that despite the heavy security presence, protesters seemed determined “to remain in the streets to show their resistance against military rule”.