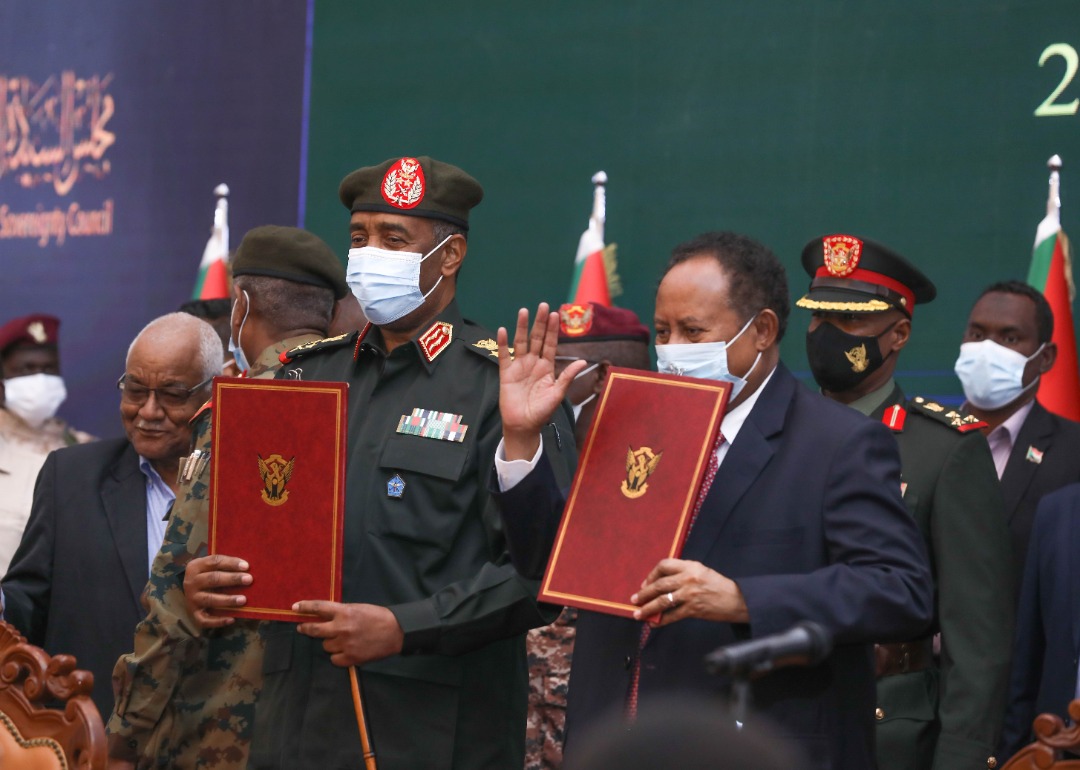 Thousands of protesters marched towards the presidential palace in Sudan’s capital Khartoum ahead of an expected meeting between army chief Abdel Fattah al-Burhan and ousted Prime Minister Abdalla Hamdok.

Demonstrators carried Sudanese flags on Sunday as well as pictures of those killed during recent protests against last month’s coup, and shouted chants against al-Burhan. Tear gas was fired by security forces at protesters as they approached the presidential palace.

Fadlallah Burma Nasir, head of the Umma Party, confirmed the deal to reporters. A group of Sudanese mediators also released a statement on the agreement.

“A political agreement has been reached between General Burhan, Abdalla Hamdok, political forces and civil society organisations for Hamdok’s return to his position, and the release of political detainees,” said Nasir.

Hamdok will form an independent cabinet of technocrats and all political detainees will be released under the deal between the military and political parties, Nasir said.

He added he took part in a meeting late on Saturday in which mediators reached the agreement. The Sovereign Council will hold a meeting on Sunday before announcing the deal, said a source with knowledge of the talks.

The agreement comes more than three weeks since General al-Burhan derailed Sudan’s transition towards civilian rule with a coup.