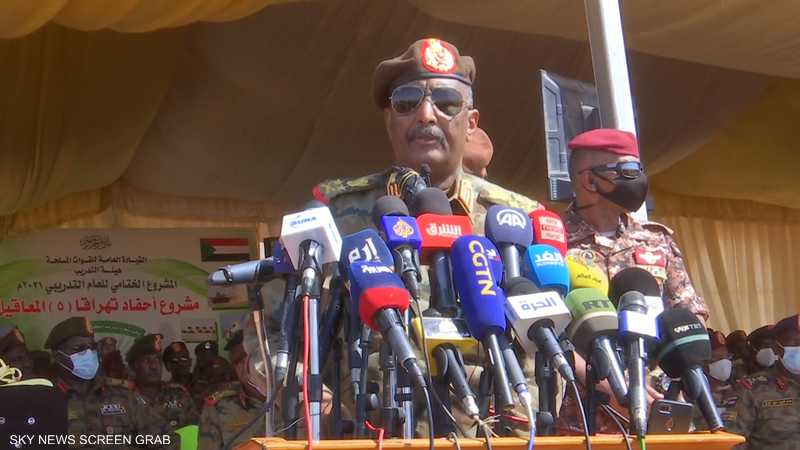 Sudanese army leader pledges to complete the transitional phase, leading to the elections of 2023

The leader of the Sudanese army, Abdel Fattah Al-Burhan, renewed on Wednesday the armed forces’ commitment to the agreement they concluded with Prime Minister Abdullah Hamdok, to complete the transitional phase, leading to free and fair elections.

Al-Burhan’s statements came during a speech he delivered at the conclusion of annual training exercises in Al-Ma’aqil area in River Nile State, northern Sudan.

Al-Burhan “We signed an agreement with Prime Minister Abdullah Hamdok, and we are committed to this agreement, and to support this government in order to reach free and fair elections.” Said

“We affirm that, as a people and regular forces, we are able to bring to justice all those who have committed crimes against the Sudanese people… We have started a new stage and have liberated us from all the restrictions that restricted us in the previous stage.” He continued .