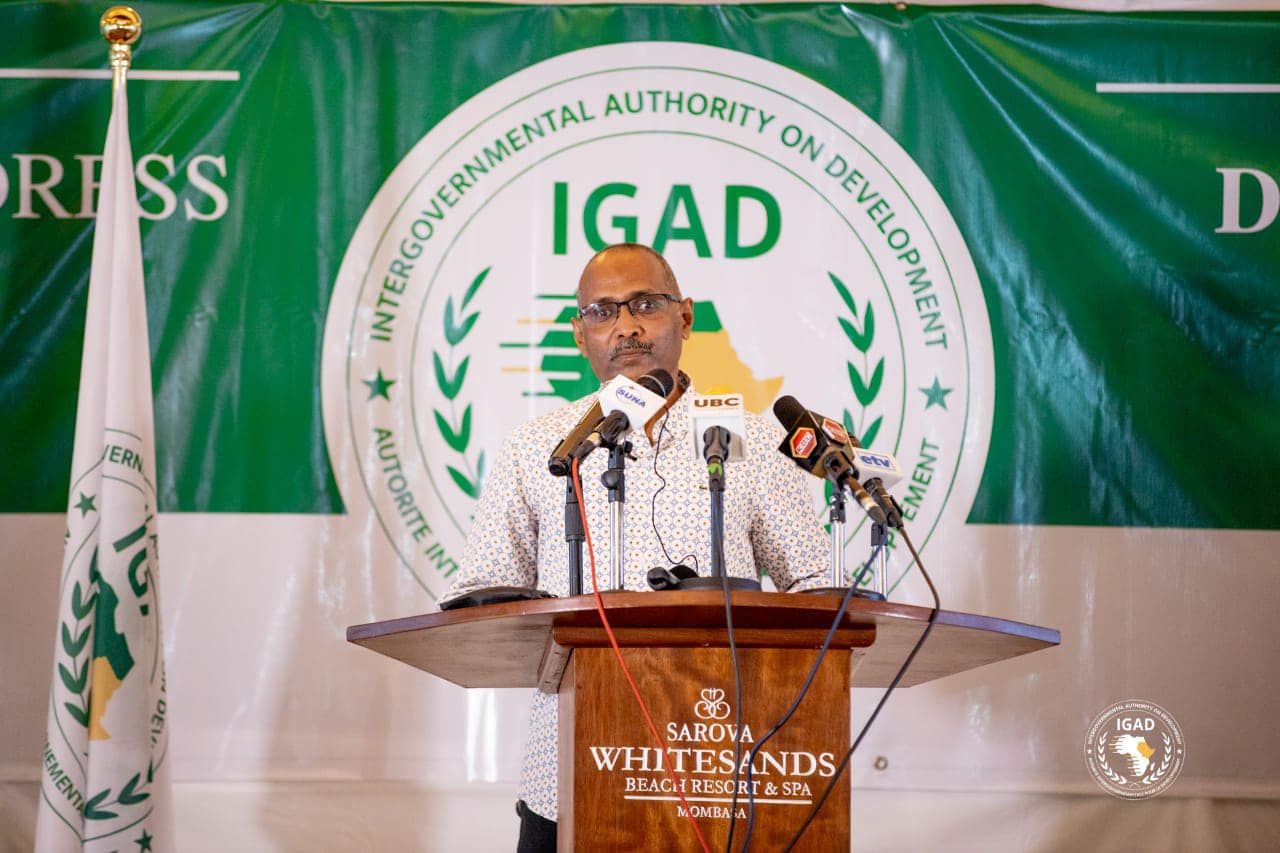 Workneh Gebeyehu, IGAD’s Executive Secretary said the regional block has remained active in the resolution of the Sudanese crisis through several heads of state.

On 25 October, Abdel Fattah al-Burhan Commander in chief of the Sudanese army dissolved the transitional authority including the cabinet headed by Abdallah Hamdok who is also the IGAD Chair.

The African Union and the international community condemned the coup d’état but the IGAS did not have a role in the regional efforts to end the Sudanese crisis.

In his speech on the State of the IGAD Region in Mombasa on Friday, Gebeyehu spoke about the civil war in his home country Ethiopia, and the coup d’état that interrupted the civilian-led transition saying the two conflicts are a cause of serious anxiety for the region and the international community as well.

He added that the block is “fully engaged” in Sudan and committed to working with the government to realise the aspiration of the Sudanese people.

He added that IGAD has applied “Quiet Diplomacy” through the good offices of our various heads of state and government, as an instrument for resolving the peace and security challenges prevalent in our region,” he stressed.

The disruption of the transition to civilian rule in Sudan became a matter of grave concern not only for IGAD but the international community as well, he said.

“This situation also threatened to undermine public confidence in the progress that had been made so far in re-admitting Sudan to the community of nations,” he added.

The Ethiopian diplomat was alluding to the suspension of international support to Sudan and the expected vote by the U.S. Congress of legislation imposing sanctions on Sudan generals.

This week, the head of the Sovereign Council said he would not re-establish his partnership with the forces for Freedom and Change (FFC) and said he determined to associate political groups that were allied to the al-Bashir regime.