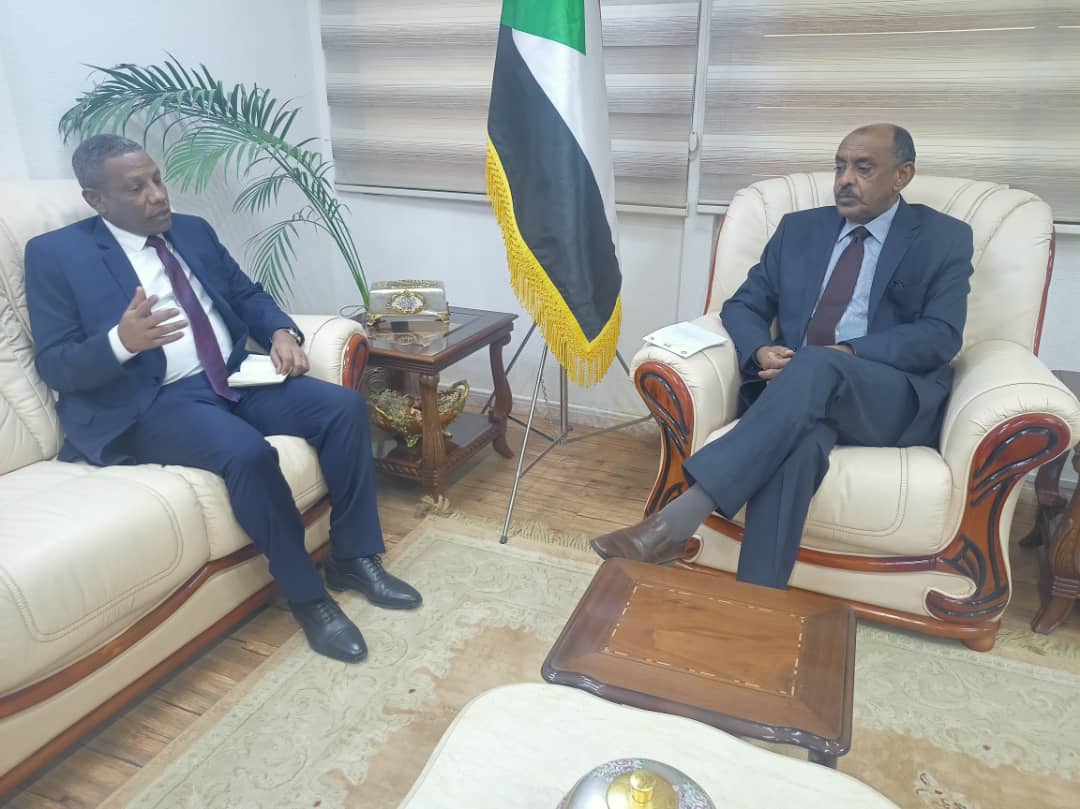 Ethiopia says ready for talks with Sudan over disputed issues

Yibeltal Aemero Alemu Ethiopian Ambassador to Sudan announced his country’s readiness to resume dialogue on the disputed issues between the two neighbours.

In a statement issued after the meeting, the Ministry of Foreign Affairs said the two sides discussed issues of common interest and ways to strengthen bilateral relations.

“The Ethiopian ambassador stressed that there are positive developments between the two countries on the disputed issues such as the (Grand Ethiopian) Renaissance Dam (GERD) and the border dispute, after the visit of the Vice-Chairman of the Sovereign Council to Addis Ababa recently,” reads the statement.

Alemu further stated “his country’s readiness to discuss issues away from media escalation, through dialogue and positive contacts.”

Tensions between Sudan and Ethiopia have been running high after the border clashes between the two sides in November 2020 when the Sudanese army expelled Ethiopian farmers from the Fashaga area.

In addition, the failure of talks over the GERD coupled with Ethiopian accusations of support to the Tigray rebels fuelled tensions between the two neighbours.

Deputy Chairman of the Sovereign Council, Mohamed Hamdan Dagalo aka “Hemetti” paid a two-day visit to Ethiopia on 22-23 January where he met with Ethiopian Prime Minister Abyei Ahmed.

At the end of the visit, the two countries announced having agreed to hold talks over disputed issues without further details.