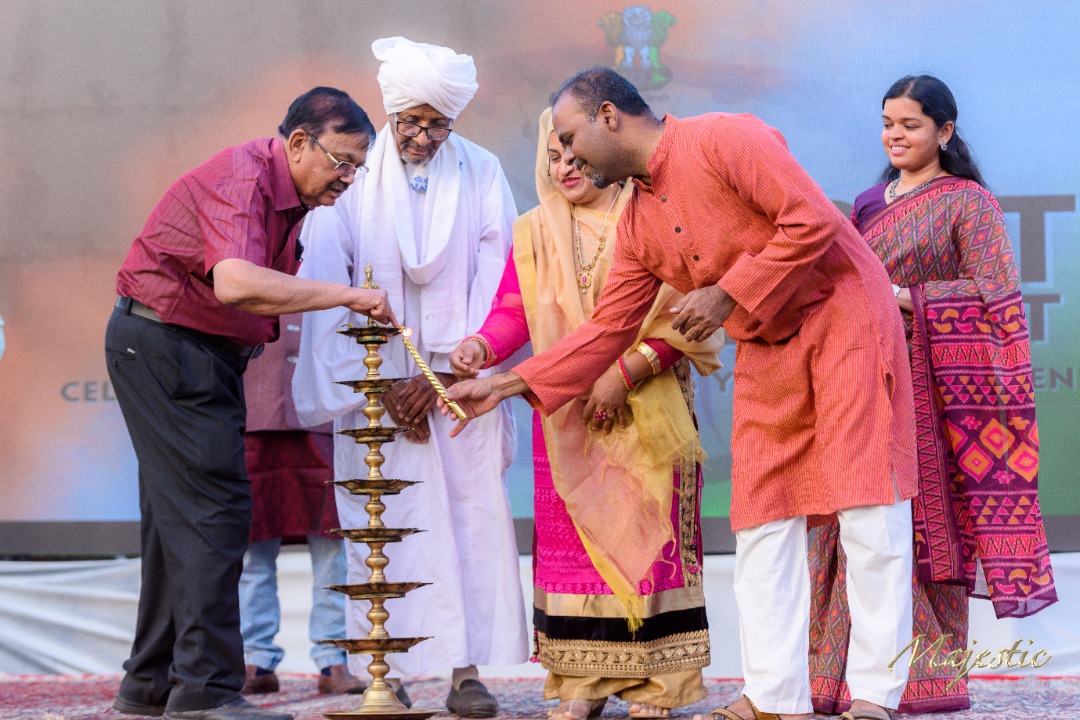 Embassy of India in partnership with the Indian community in Sudan organized an event on 25 March 2022 to celebrate 75 years of India’s independence. The event was held at the Diplomatic Club, Khartoum. The event started with the lamp lighting ceremony where Ambassador Ismail, Director of Diplomatic Club along with Ambassador of India and Spouse and a few distinguished members of the Indian community participated.
More than 550 Indian nationals and Persons of Indian Origin attended the event. Indians from different states participated in the event and showcased their culture. Dance forms, music and Indian sarees and traditional wears were also on display during the event. Indian cuisine from several states were offered to the visitors. Indian handicrafts and dress materials were displayed during the event. Indian Embassy felicitated Sudanese Friends of India who have assisted the Indian community on various occasions. During the event a quiz was also organized on the theme ‘India@75’ and the winners and the participants were awarded during the event.