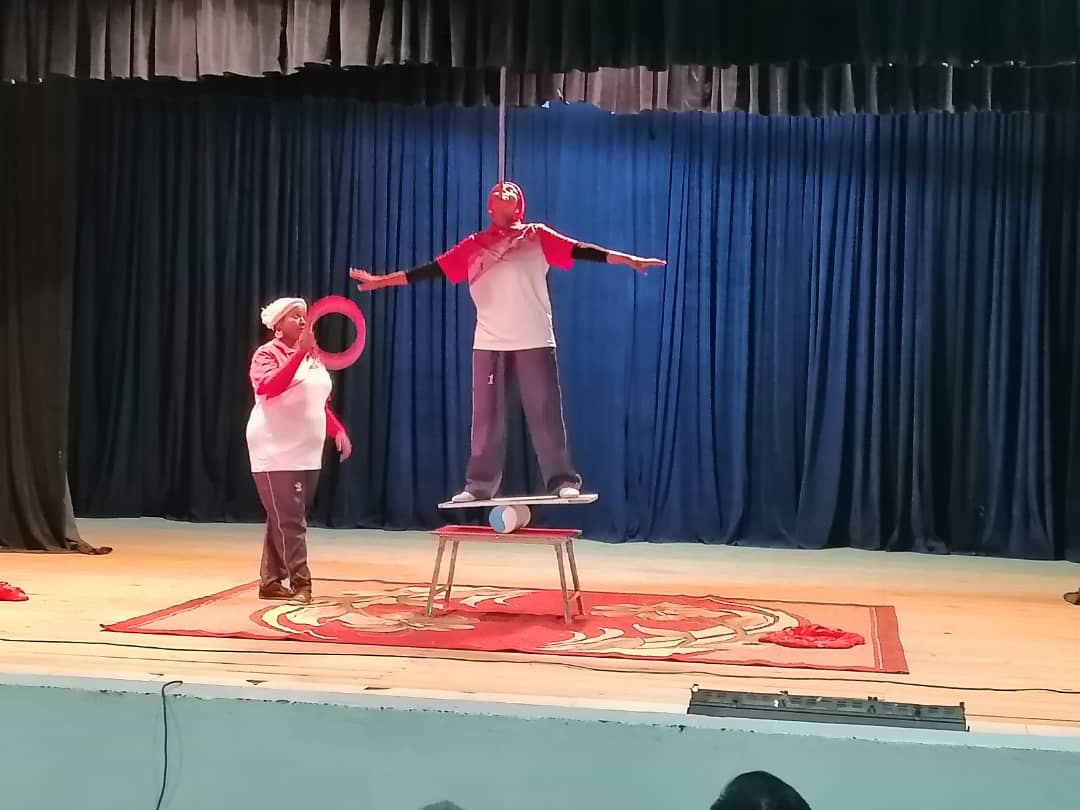 On his return from his official visit to the Chinese People’s Republic(may you put the year), where Chinese acrobats performed in front of him  President Al-Nimeiry had decided to take this form of art in Sudan. That came in a time when there was a growing concern with the role that arts can play in the promotion of cultural and social development.

Nowadays acrobatic performance  is more  than a sports show where the  participants become as a bridge that links Sudan and China through arts and  culture values . Therefore, it  shows that the bond of culture between people are strong and sustainable than  any other thing.

With the reactivation of the Sino-Sudanese cultural protocol in 1971, a number of childrenwho were engaged in the child radio programmes,and where living within the vicinity of radio Omdurman, in the  city of Omdurman were selected to form the first troupe. In addition, a number of children from the Music Corps School formed the nucleus of the Musical Acrobatic Troupe.

After that, a team of Chinese experts arrived in Sudan where after interviewing a number of children50 boys and girls where selected to make the first nucleus of the Sudanese Acrobatic Troupe.

Those children travelled to the PRC where  in Wuhan City they had an intensive four  years training. The result of that was the remarkable performance of the troupe who were highly admired by the Chinese instructors and by the massive audience who attended numerous shows where they performed

After  the conclusion of the performance,  Ma Xinmin  expressed his thanks and gratitude to the depth of Sino-Sudanese relations adding that Such cooperation in different domain, however  the participants who studies Wuhan years ago express their deep sorrow of outbreak of the novel coronavirus expecting that Chinese government is bale to win the battle against the coronavirus .