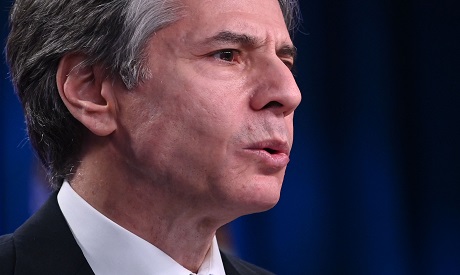 US Secretary of State Antony Blinken speaks during the release of the 2020 Country Reports on Human Rights Practices, at the State Department in Washington, DC on March 30, 2021. - Blinken warned Tuesday that human rights were declining around the world as he voiced outrage at situations in China, Myanmar, Syria and other nations. (Photo by MANDEL NGAN / POOL / AFP)

The United States has received $335 million from Sudan to compensate victims of the 1998 bombings of the U.S. embassies in Kenya and Tanzania and the USS Cole in 2000 as well as the 2008 killing of employee John Granville, Secretary of State Anthony Blinken said in a statement on Wednesday.

“We hope this aids them in finding some resolution for the terrible tragedies that occurred,” Blinken said about the victims. “With this challenging process behind us, U.S.-Sudan relations can start a new chapter.”

Sudan agreed to the package last year as it desperately sought to exit the US blacklist of state sponsors of terrorism, a designation that severely hindered investment in a country rattled by unrest over tough economic conditions.

Former president Donald Trump agreed last year to remove Sudan but only after securing an agreement by Sudan to recognize US ally Israel.

The delisting enjoyed wide agreement in Washington although some said it was unfair by focusing on US victims and not providing the same compensation to Africans who made up the bulk of the dead in the 1998 bombings.

The compensation will also cover the 2000 attack by Al-Qaeda on the USS Cole off Yemen’s coast and the killing of US development worker John Granville in Khartoum in 2008.