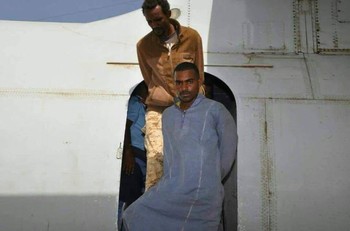 The African Centre for Justice and Peace Studies (ACJPS) urges the Sovereign Council to release more prisoners in Sudan, in order to prevent Covid-19 from spreading in jails across the country. ACJPS also expresses its concern for the continued detention without trial of members of the Border Guard Forces militia, including their leader Musa Hilal.

In a press statement on Thursday, the New York-based ACJPS welcomes the release of 4,217 male prisoners from El Hoda Prison in north-west Omdurman three days after the Sovereign Council passed a resolution, on March 23, to prevent the coronavirus from spreading in Sudanese detention centres.

The centre urges the Sovereign Council to extend these measures to women’s prisons and other reformatory centres in Sudan.

Despite the release, ACJPS expresses deep concern for the continued detention without trial of 250 officers from the Border Guard Forces militia, including their leader Musa Hilal, who were detained and charged between August and December 2017.

They were arrested in their stronghold in the area of Misteriya in North Darfur, following the issuance of a Presidential Decree (No 419/2017) by former President Omar Al Bashir in August 2017.

The decree ordered a government-led campaign to disarm civilians in Darfur and Kordofan. The campaign was carried out by the Rapid Support Forces, Sudan’s main government militia, under the command of the current deputy chairman of the Sovereign Council, Lt Gen Mohamed Hamdan ‘