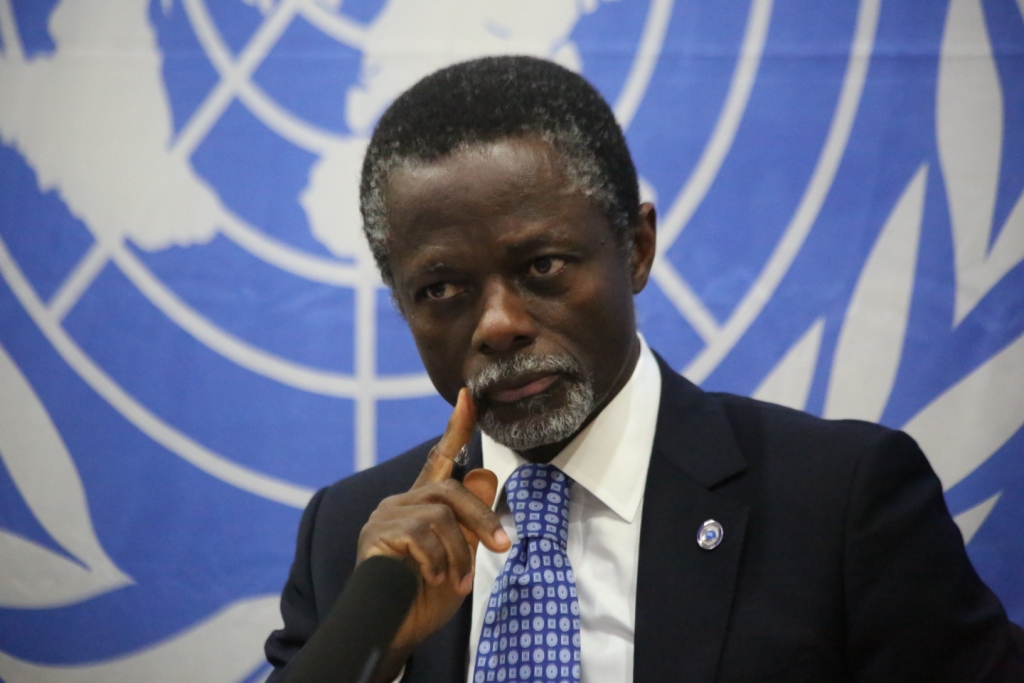 UN Special Envoy for the Horn of Africa, Parfait Onanga-Anyanga, reported that recent negotiations under the African Union (AU) have yielded little progress.

The parties have been unable to agree a framework for engagement to settle outstanding issues, which include a dispute resolution mechanism as well as the management of the dam during protracted drought.

“The United Nations remains available to promote a win-win solution in supporting Member States in navigating this complex issue, where genuine political will, compromise and good neighborliness are essential,” he said.

Tensions increasing
The dispute over the GERD dates back to April 2011, when Ethiopia began building the dam on the Blue Nile, set to be the largest hydroelectric power project in Africa.

When finished, it will store 74 billion cubic metres of water and generate more than 5,000 megawatts of electricity.

Construction is nearing completion, and last year the reservoir behind the dam began to fill for the first time. Ethiopia this week announced it has begun filling again.

Egypt and Sudan have objected, stating that any further filling should occur in the context of an agreed framework.

While shared water resources have been the cause of contention, they can also be the foundation for cooperation, the head of the UN Environment Programme (UNEP), Inger Andersen, told ambassadors.

“At this stage, and with other sources of regional tension increasing, we must recognize that overcoming the remaining differences among the parties will require careful, meticulous work, supported by the relevant technical and legal experts and with a determination by the three states to arrive at a cooperative solution, in pursuit of sustainable development for all in the spirit of ‘one river, one people, one vision’,” she said.

Agreement possible
Ms. Andersen stressed that an agreement on the dam can be reached, and must be reached, while underlining the UN’s readiness to support the countries, and the African Union, in reaching an agreement that is beneficial to all sides.

Cooperation among the three countries has never been more important as demand for water rises, she added, due to factors such as population growth, urbanization and industrialization. At the same time, they also face the threat of increased flooding, and more intense droughts, due to climate.