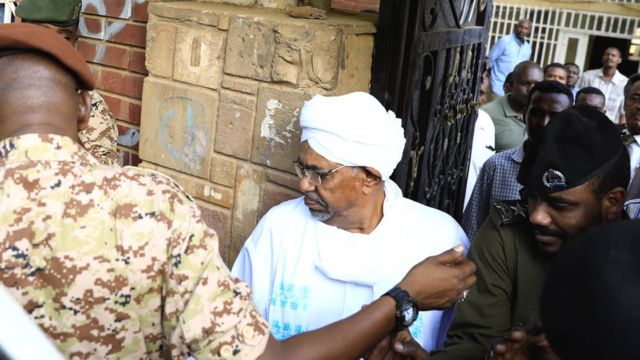 The architects of crimes against humanity and genocide in the Sudanese region of Darfur may finally appear before the ICC, at least a decade after the atrocities occurred.

Ex-president Omar al-Bashir is among the group wanted by the court in The Hague since 2009 over atrocities committed by his government in Darfur, where at least 300,000 people were killed and 2.7 million displaced in a war from 2003 to 2008, the United Nations estimates.

The Sudan News Agency, as reported by the Voice of America, cited multiple charges of genocide, war crimes and crimes against humanity against the former President and other ex-officials.

Specifically the charges include five counts of crimes against humanity: murder, extermination, forcible transfer, torture, and rape; two counts of war crimes: intentionally directing attacks against a civilian population as such or against individual civilians not taking part in hostilities, and pillaging; three counts of genocide by killing, by causing serious bodily or mental harm, and by deliberately inflicting on each target group conditions of life calculated to bring about the group’s physical destruction, allegedly committed at least between 2003 and 2008 in Darfur, Sudan.

Bashir ruled Sudan for 30 years until the army ousted him in 2019 after months of mass protests. After his overthrow, Bashir was convicted of corruption, receiving illegal gifts and possessing foreign currency.

Millions of euros and Sudanese pounds had been found in Bashir’s residence when he was ousted.

The Darfur war broke out in 2003 when non-Arab rebels took up arms complaining of systematic discrimination by Bashir’s Arab-dominated government. Khartoum responded by unleashing the notorious Janjaweed militia, recruited from among the region’s nomadic peoples.

Sarah Jackson, the deputy regional director of Amnesty International East Africa, says surrendering Bashir to the court would go a long way toward providing justice to the victims in Darfur.

“We are waiting to see if survivors and victims of the atrocities in Darfur will get the opportunity to see justice done,” Jackson said. “This will be a very important moment for victims, for survivors and for their families in Darfur.”

Meanwhile, the ICC prosecutor said he will open an office in Khartoum to collect evidence in order to bring justice to the victims and achieve justice.