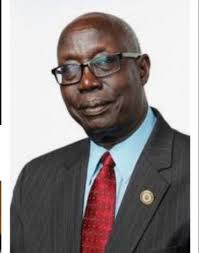 I have just received the shocking news of the passing away of our Dear Patriot, Brother and Friend Mansour Khalid. I  visited him  at his house on two occasions during my last visit to Khartoum in February. He was always seated in a chair with his legs stretched out and covered, suffering from an ailment that had hospitalized him for prolonged periods of time and which he explained to me, but I could not fully understand. His mind was still very sharp and as always we talked much about substantive issues related to conditions in our two countries and the state of the world. I did not see the end close in sight. I was in fact just thinking of calling him to check on his condition.
Mansour and I were very close intellectually, politically, professionally, socially, and personally. I will have much more to say about Mansour later in a longer tribute. What I would like to say in this brief message is that Mansour was a true giant who, through his scholarly and intellectual contributions, his political stands, and his public service, transcended the divides of identity politics in favor of justice and human dignity for all nationally, regionally and globally. He was a personification of ideals that are rare in our paradoxically globalizing and yet fragmenting world.
Mansour’s death  is a grave  loss to our Two Sudans, to our African Continent and to humanity. But he will remain immortal in our living memory.
My deepest condolences to his family, his friends, his colleagues and our people of the Two Sudanese Nations. May Almighty God rest him in eternal peace, having endeavored for so hard and for so long  for peace in this world.