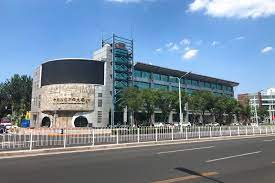 *Convergence media on the rise as traditional media shrinks

The All-China Journalists Association (ACJA) has released its 2022 and sixth annual in-depth report on the country’s media industry.

The report is always a detailed focus on developments and trends of the sector for the assessment of growth and focus.

A copy of the vast report released on Monday and made available to the ACE Magazine took a holistic, varied, and deep look, and analysis, and also drew conclusions from the findings.

One of the findings is that the Chinese media industry workforce is getting larger, with about one million employed hands.

Beyond just the figures, the age analysis revealed a younger and more educated workforce than before.

Also, there is a higher trend of media convergence where all media outlets, organisations, and groups tend towards taking all facets and aspects of the media in today’s world under a single umbrella.

The convergence is an integration or amalgam of the internet-based media, including the more appealing and ubiquitous social media with the traditional media.

All traditional media outlets – radio, print – including newspapers, journals, magazines, the TV – all tend towards having a deeper and better internet component fused to their existing old order.

The new trends are targeted at better appeal to the consumer and the need to remain relevant in the market. It is a new tradition of a one-stop-shop module where news consumers would hook up to a particular service provider and avail themselves of audio, visual, and character-documented news.

Some of the major highlights of the discovered developments of the reports are that the Chinese media made good mileage in providing content to international audiences and powered more innovative news products.

It also noted that efforts increased in instilling professional ethics among journalists to strengthen self-discipline in the industry.

The Chinese media, from the findings, showed more interest in disclosing and reporting corporate social responsibility (CSR) of organisations and corporate bodies than ever before. This is indicative of a lot greater slant towards citizen journalism with more human interest content and inclination.

From the global trend, the media have steadily tended towards more human interest than policy and pro-establishment focus in the past 15 years. The report, therefore, indicated, even without saying so, that the Chinese media is not left behind in this spontaneous global new rave which many experts argue is driven harder by the growth of the new media, especially the social media arm, where individual non-journalist reporters focus mainly on social issues involving the ordinary and hitherto unreported citizens of the world.

The country report by the journalists union claimed also to have made more proactive efforts to protect the rights of journalists through the provision of aid.

The Chinese media was not left behind in the general trend of other sectors and industries in the country in adopting more technology for operations. The media, therefore, deployed more artificial intelligence (AI) into all aspects of journalistic operations, and many AI new products were also launched.

However, the human creative input was not in decline as “various video technologies promoted innovation in news presentation forms, and live streaming, whereas live-streaming and short video techs developed rapidly.”

According to the report, “digital transmission technologies gradually matured and became important tools for the media to improve core competencies and content production capabilities.”

The report was indicative that between 2020 and 2021 “China’s news industry became increasingly omni-media and platform-oriented, with an all-round growth rate, while the growth of traditional media such as newspapers, radio, and television slowed down and continue to focus on deep integration and digital transformation.

The report was the sixth annual analysis of developments in journalism in China issued by the ACJA starting in 2014.

“In the past two years, new technologies such as media platform technology, digital transmission technology, high-tech video technology, artificial intelligence, and 5G have driven media reform and innovation. In this context, the quality and ability of millions of journalists in China have continued to improve, and the personnel structure has gradually become younger and more highly educated. The legitimate rights and interests of journalists have been effectively protected, the construction of journalistic professional ethics has continued to be strengthened, the scope of media social responsibility reports has been continuously expanded, and the quantitative evaluation index system has been further improved,” Xinhua reported.

The prestigious Renmin University of China School of Journalism undertook the drafting of this report, while the Foreign Languages Press translated and published the report which it promised to further render in other languages such as English, French, Russian, Spanish, Arabic, and other multilingual versions.