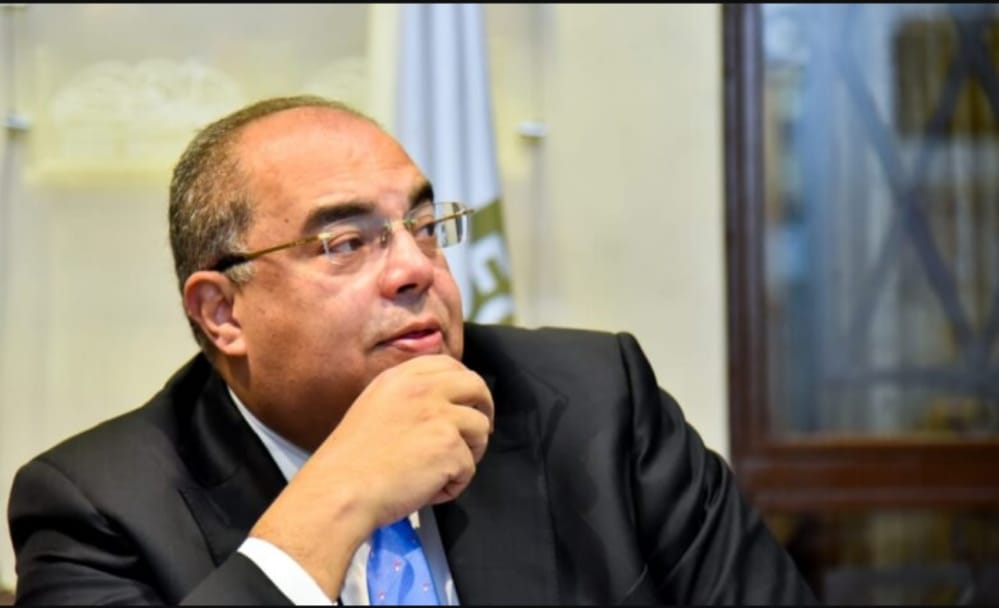 Mohieldin, in his speech to the Founding Meeting of UNGC African Business Leaders Coalition on Tuesday, commended the set up of this new Coalition which is destined to do great things.

He stated that over more than two decades, the UN Global Compact has engaged over 16,000 companies in over 160 countries around the world to step up and take climate action. 1000 of those are in 45 countries across Africa already.

“With COP27 shining a light on climate change and Africa, it was fantastic to see the launch of the new UNGC Africa Regional Hub in Abuja earlier this month in support of the UNGC Africa Strategy.”

Dr.Mohieldin stressed the importance of the expansion of the participation of businesses in addressing climate change challenges.

“African businesses have a unique position.” Mohieldin added, explaining that Africa is a continent that has historically low greenhouse gas emissions but is already suffering from the impacts of climate change.

UN Climate Change champion insisted on that the climate action is linked to growth, “How can you grow in a way that is low carbon and resilient, as well as being equitable.” He said, adding that key industries such as agriculture, infrastructure, telecommunications are in a strong growth phase, but the investor landscape is now putting pressure on companies for low carbon and resilient growth strategies. He emphasized that efforts to address climate change challenges should be in the framework of a holistic sustainable development approach

He added that for business, inaction means losing market share, and staying ahead of the transition is fundamentally about competitiveness, not compliance.

Mohieldin stressed that Africa must drive forward and deliver a just transition to a decarbonized economy in order for investors and stakeholders to continue to invest and consume.

He said to Africa business leaders that this change is unfolding exponentially, adding that the pattern of market forces are fairly predictable.

“We have many industries represented here today. The pathway to cleaner more resilient operations may seem more obvious in some than others, But net-zero, resilient pathways for industry are technically feasible for all, and progress along them is already emerging.”

The UN Climate Change champion for Egypt stated that the universal truth for this transition is that small headstarts will compound into large competitive gaps, and quickly. “It’s the doubling rate of new technology adoption that matters.” He added.

“Any organisation that believes they can dictate the pace of change is likely to fall behind the curve.” Mohieldin said, referring to a long list of organisations and late movers that haven’t understood this such as the energy and automotive sectors.

He explained that the transition will be fuelled by private finance and enabling policies, requiring private-public partnerships on a scale rarely seen before.

Private sector net zero capital commitments, according to Mohieldin, increased from $5 trillion to $130 trillion over the past 24 months. He clarified also that electrification and decarbonisation of heavy industry over the next decade will require additional investment of >$2.2 trillion (Vivid economics).

“We believe at least 40% of this capital is likely to come directly from corporations.” He said.

Mohieldin said that enabling policies – shaped jointly by governments and industry – will help unlock that capital and reward the early movers. “This means that your action to tackle the climate crisis will deliver benefits to your organisation, by meeting stakeholder needs, as well as delivering low carbon resilient growth.” He explained.

“It’s why I encourage you to consider developing strategies to reduce emissions in the contextof just transition, to become more resilient and to invest in the clean technologies of tomorrow.” Mohieldin said to Africa business leaders.

About the opportunities in COP27, Mohieldin told Africa business leaders that “Firstly, we need to remember that the COP meetings are a two week window, in a calendar of events. What matters is the year-long work being taken to transform your businesses.”

He said that the world is shifting from counting pledges to counting meaningful actions, “Instead of just bringing new commitments to Egypt this November, invest in the solutions, throughout your value chains and demonstrate that action is happening on the ground, here in Africa.” Mohieldin asked African businessmen.

He said that Africa businesses are seeking a competitive advantage by driving down the costs of new technologies, enhancing good governance and complying with international best practices, adding that COP27 will give the chance to Africa businesses to work inclusively with governments and industry peers, to progress actionable, enabling policies for their sectors.

Mohieldin said that he works on facilitating the participation of businesses that keen on making a big difference in the climate situation in Sharm El Sheikh conference, adding that “we shouldn’t take current crises such as COVID-19 and the war in Ukraine as excuses, we were far of achieving the SDGs – including climate goals – even before the occurrence of those crises.”

He stressed also on the importance of domiciliation of sustainable development and climate projects, saying that Egypt will soon hold a business leaders meeting to set new and more effective domiciliation mechanisms that bring those projects to every Egyptian city or village.

By the end of his speech, Mohieldin congratulate Africa businessmen on being a part of this innovative coalition, where they have committed to climate action as their strategic focus.

“We look forward to applauding your progress in Sharm el-Sheikh this November, and hope to facilitate your continued growth and collaboration with policy makers.” He said.