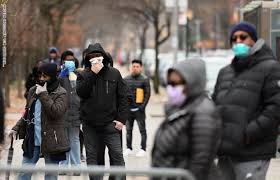 (CNN)Covid-19 patients who are getting an experimental drug called remdesivir have been recovering quickly, with most going home in days, STAT News reported Thursday after it obtained a video of a conversation about the trial.

The patients taking part in a clinical trial of the drug have all had severe respiratory symptoms and fever, but were able to leave the hospital after less than a week of treatment, STAT quoted the doctor leading the trial as saying.
“The best news is that most of our patients have already been discharged, which is great. We’ve only had two patients perish,” Dr. Kathleen Mullane, an infectious disease specialist at the University of Chicago who is leading the clinical trial, said in the video